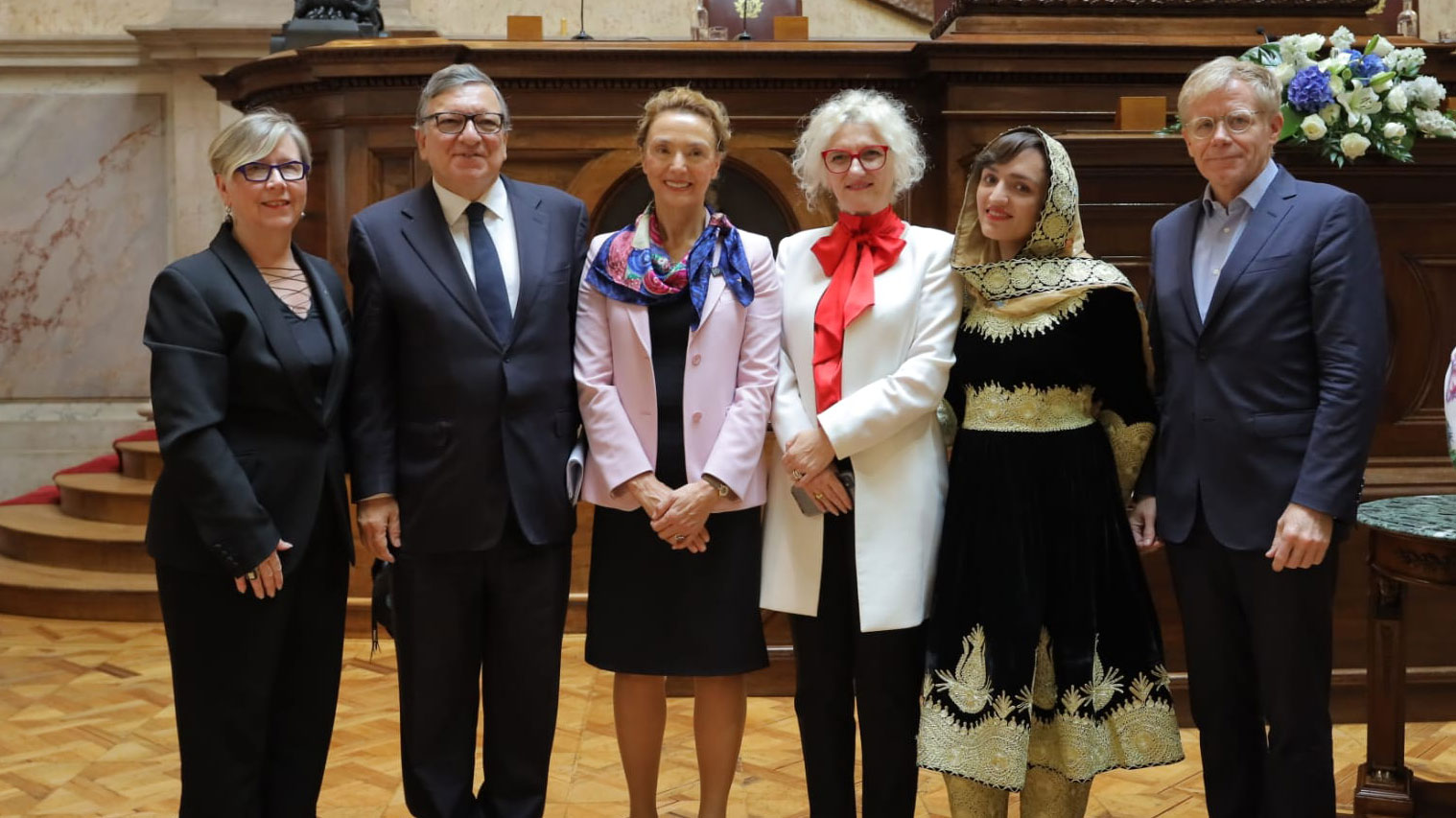 The 2021 North-South Prize has been awarded to the Covax Mechanism, major actor of global solidarity in the context of the Covid-19 health crisis, contributing to the protection of public health and the building of a more equitable world; and to Zarifa Ghafari, former Mayor of Maidan Shahr, capital city of the Wardak Province in Afghanistan, in recognition of her courage and strong commitment to defending women’s rights in her country, as well as internationally.

The Prize, awarded since 1995 to two candidates who have stood out for their exceptional devotion to promoting North-South solidarity, was presented by the President of the Portuguese Republic Marcelo Rebelo de Sousa in Lisbon (Assembleia Da República) on 18 October.

Secretary General Marija Pejčinović Burić, the Vice-President of the Assembly of the Portuguese Republic and Chairperson of the Portuguese delegation to the PACE, Edite Estrela, as well as the Chair of the Executive Committee of the North-South Centre, Ambassador Lorenzo Vella, took part in the award ceremony.

During her visit to Portugal, Marija Pejčinović Burić had high-level meetings with the President of the Republic Marcelo Rebelo de Sousa, with the Prime Minister António Costa, the Minister of Foreign Affairs João Gomes Cravinho, the Minister of Justice Catarina Sarmento e Castro, as well as the Speaker of the Parliament Augusto Santos Silva and the Portuguese delegation to the Parliamentary Assembly.