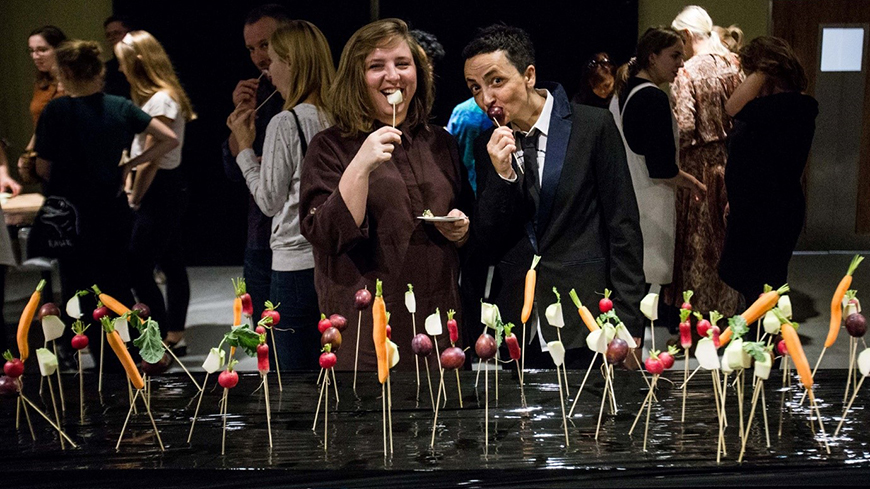 Museum of the History of Polish Jews

From the 1st TISH Jewish Food Festival, we have focussed on spreading an awareness, from a local and European perspective, of the culinary heritage of the cuisine of Ashkenazi Jews from Central and Eastern Europe, where their largest concentration was in pre-War Poland. The result was a close cross-pollination between Polish and Jewish cuisines, but also with difference resulting from, among other things, the requirements of Kashrut. Many Polish dishes have an authentic (or imagined) reference to Jewish cuisine. Similarly, Jewish cuisine, which emigrated abroad, retained its connection with Polishness. This is apparent in, among others, such dishes as kasha (buckwheat) and golden yoyech (chicken soup). Food preserves the memory of the relationship between Polish and Jewish cultures and, along with the dishes which carry a memory of a place in which they originated or with which they were associated, they memory also disappears. Jewish food allows us to learn about Polish-Jewish history. We wish to restore an awareness of our common heritage at the local level – in Poland and also in Europe. We also take notice of its often not conscious continuity, which is evidenced by the Challahs available in every grocery store in Poland. Our other aim is to try to contribute to the revival of this part of the tradition. In the Festival, we encourage the participation of food producers, as well as the owners of bars and restaurants, so that they may learn about the culture and history of Polish Jews and restore Jewish food in Warsaw. The great involvement of “Dairy Bars” and other partners has brought much success. We believe that, thanks to the TISH Jewish Food Festival, from year to year, knowledge of our common, Jewish culinary heritage and, thus, an awareness of our common values such as equality, respect and acceptance, will become ever more common each year. It is important to us not only to enhance knowledge about Jewish culture and Jewish food, but to make a significant contribution to maintaining this European heritage and to pass this know-how on to future generations, so that it will remain alive and will continue.

The 2nd TISH Jewish Food Festival took place on 16th-20th October 2019. The 1st Festival, held in 2018, attracted crowds of Warsaw residents, as well as tourists and people who came to the Festival from all over Poland and abroad. In 2019, the event was almost twice as large and attracted over 2,100 people.

The theme for the 2nd Festival was “The Home” - simple, homemade food, all well-known flavours which evoke strong emotions by associations with childhood. Through the cuisine, we discovered the local Jewish heritage. We walked around the city looking for Ashkenazi flavours and aromas and discussed their history and significance.

Over twenty events were held during the five days of the Festival:

• workshops for children and families

• walks around Warsaw and tastings

• walks around the Museum’s Core Exhibition

• the re-construction of pre-War vegetarian Jewish dishes and, last but not least

• a Shabbat brunch for 120 people in the POLIN Museum.

Each year, the Festival takes place during the Succot holiday and brings participants closer to the concept and history associated with this holiday. For Succot, Jews construct small, makeshift gazebo-like buildings – this is a reference to the migration of Jews through the desert, after leaving Egypt. It is also a reminder of the instability of residence and the temporary nature of material things.

We invited design student from all over Poland to take part in workshops on Jewish culture and to design a contemporary succah that meet all the requirements. The succah stood next to the POLIN Museum throughout the entire TISH Festival, attracting tourists who could obtain information about the Succot festival. This succah will also feature in future years.

The Festival is financed through funds from private donors. This is a difficult and uncertain path which must be taken again each year. In 2019, we were able to raise sufficient funds to enable us to carry out the Festival.

In 2020, due to the pandemic, the funds raised are considerably less, but the Festival will take place. These exceptional circumstances have made it impossible to organise culinary workshops or common meals, as in previous years. However, this obstacle is a challenge for us and provides us with new opportunities. In 2020, the 3rd TISH Jewish Food Festival will largely be conducted online, which will enable us to invite participants from other countries.

• An increasing interest in Jewish heritage by attracting new people A total of twenty-seven events took place over the five days of the TISH Festival, in which over 2,100 people participated. Research and evaluation show that 40% of Festival participants were people who had never before visited the POLIN Museum – they had not visited any of the exhibitions nor had they taken part in any other event organised by the Museum.

We obtained similar results from the 1st Festival, which confirms the idea that such forms of education constantly allow us to reach people who were previously not interested in the subject of Jews and their heritage. Due to the high educational potential, the wide outreach to new participants and the high level of participant satisfaction, we plan to continue the Festival in the coming years.

• The reduction of access barriers through a wide range of impacts and moving outside of the Museum the Festival’s creators aim was to enable as many people as possible to participate in it. We invited the participation of Warsaw’s “Dairy Bars”, thanks to which Jewish food returned to Warsaw and bar customers could discover it in their everyday meals. As many as thirty-six bars, from virtually all districts of Warsaw, especially for the Festival, changed their menu names from Polish to Yiddish - gołąbki (stuffed cabbage rolls) became holiszki, placki ziemniaczane (potato pancakes) became latkes and naleśniki z serem (pancakes stuffed with cream cheese) became blintzes.

• Inspiring and encouraging others to act through establishing partnerships

An important element of the Festival was the involvement of our partners – institutions (including Jewish) which we encouraged to organise their own events to popularise Jewish cuisine and to educate about this culinary tradition.

One of our partners was the City of Warsaw. Through this partnership, events were organised by the Jewish Community Centre (JCC), the Yiddish Cultural Centre and three Warsaw restaurants, which organized Shabbat dinners, a Jewish food market and breakfast for Warsaw residents - with coffee and challah.

• Consolidating change through lasting effects During the 2nd TISH Festival, we also launched a web page with content relating to Jewish food. It is a special section of the POLIN Museum’s Virtual Shtetl website: https://sztetl.org.pl/pl/tradycja-i-kultura-zydowska/kuchnia-zydowska.

The POLIN Museum is actively looking for original, modern and non-obvious formats of passing on knowledge about the history and culture of European Jews. The food festival provides the Museum with an opportunity to carry out its missions and to spread an awareness of the Jewish cultural heritage into new areas and to reach new audiences. For museums, this is a pioneering activity, in line with contemporary trends, related to the strengthening of the openness of museum institutions and in increasing their accessibility to a wide audience.

The Festival program is based on the assumption that knowledge is gained through experience – with direct contact with the subject, in participating in workshops, with meeting with people and in spending time together. This passing on of knowledge to our participants has been the primary goal of the project.

However, the TISH Festival is not only about food – food is just the starting point to talk about Polish Jews in a simple and accessible format. During the TISZ Festival, food was never an end in itself – it is always accompanied by a story showing the cultural and historical context associated with a specific product or dish. In this way, we introduce a fragment of Jewish tradition. Each workshop, common tasting or film screening is combined with a discussion about the meaning and place of food in Jewish culture.

• Creating a positive and friendly context Food also provides for the building of a positive context for educational activities – an invitation to the table, cooking together or offering food are all activities which encourage people to be open to others. This is extremely important when we think about multi-cultural Europe and the history but also the present of minorities. The TISH Festival’s method helps to refute stereotypes and a sense of alienation towards Jewish culture – the mere contact with food and the closer interaction with Polish cuisine makes what previously seemed distant and exotic, become close and pleasant.

The Festival is conducted by the POLIN Museum, but invites non-governmental organisations, institutions and entities involved in gastronomy to participate, so that Jewish themes actually obtain a presence in various places within the capital. Thanks to the TISH Festival, the POLIN Museum is gaining a new platform to establish a working relationship with many institutions. As a result, our audience is expanding and creating opportunities to reach people who, until now, were not interested in Jewish culture.

All the events were accessible to people with physical disabilities. Some events provided interpreting into PJM (Polish Sign Language). This information was provided on web pages dedicated to those with disabilities. In addition, we produced a film which informed people about the TISH Festival’s PJM translations.

FB profile of the museum

FB profile of the project 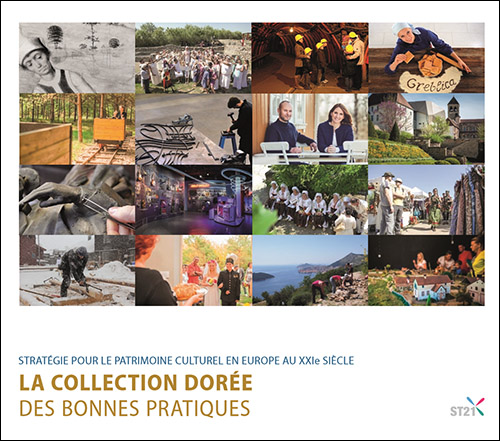