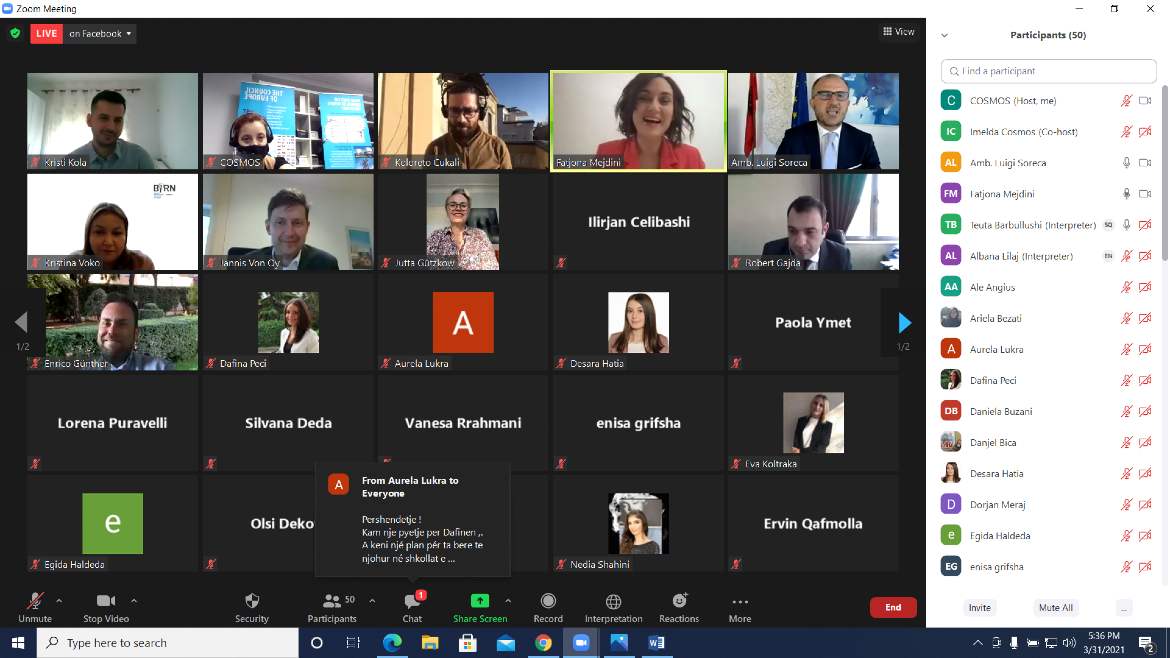 70 youngsters, presentatives from civil society organisations, universities, youth parliament, and media discussed on today's challenges of disinformation and its impact in the freedom of expression in the third and final You(th) talk event organised on 31 March, in Tirana. The event, supported by the European Union and Council of Europe Horizontal Facility's action on Freedom of Expression and Freedom of the Media in Albania (JUFREX), was part of a series of thematic webinars named You(th) talk, organised by the Council of Europe office in Tirana, in partnership with the German Embassy in Tirana and the National Youth Congress, in the framework of the germna Chairmanship of the Committee of Ministers of the Council of Europe (November 2020 - May 2021).

Senior diplomats, heads of independent institutions, experts and activists discussed with young people on the importance of media literacy, fact checking instruments, public institutions’ transparency, professional ethical standards and civic engagement to effectively counter disinformation. Young people had the opportunity to learn about different European standards, programmes, tools and initiatives aimed at promoting freedom of expression, ethical journalistic standards, media freedom and literacy in Albania. Interactive discussions and concrete examples enhanced the young people’s perspective on existing tools and how to empower themselves in the fight against disinformation.

Did you miss the event?
Click here to watch it https://bit.ly/2PplOJ9 YOU(th) talk#3: Disinformation, ethical journalism and civic engagement