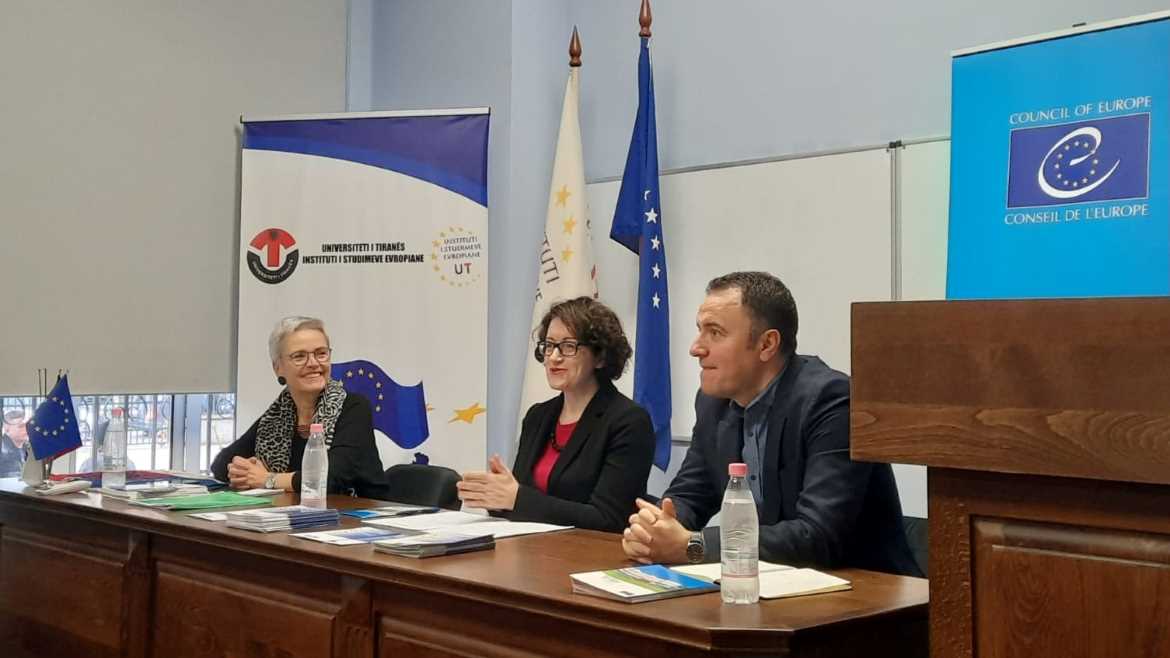 An open lecture on the Council of Europe was organised today at the Institute for European Studies - University of Tirana. The Head of the Council of Europe Office in Tirana, Jutta Gützkow, and Iseult Fitzgerald, the Ambassador of Ireland to Greece, Serbia and Albania attended the event which was moderated by Gentian Elezi, Head of the Department of Diplomacy and International Relations of EU at the Institute.

Ambassador Fitzgerald presented the aims and achievements of the Irish Presidency of the Committee of Ministers (May to November 2022). She spoke about reinforcing human rights and the protection of civilians, the Dublin Declaration on preventing violence through equality, the promotion of participatory democracy and youth engagement and the fostering of a Europe of inclusion and diversity. She announced the decision to hold a Summit of Heads of States and Governments (the fourth in the Organisations 73-year history) in May 2023 in Iceland to enable concrete action by the Council of Europe to renew democracy and reinforce human rights across Europe.

Her remarks on Ireland’s role in advancing the Council of Europe agenda and on the changes brought about by the country’s EU membership triggered questions by students on Albania’s preparedness for acceding to the EU, the state of democracy and freedom of expression in the country, the importance of the Western Balkans for the EU and led to comparisons between Ireland and Albania on issues like emigration and the role of the diaspora.