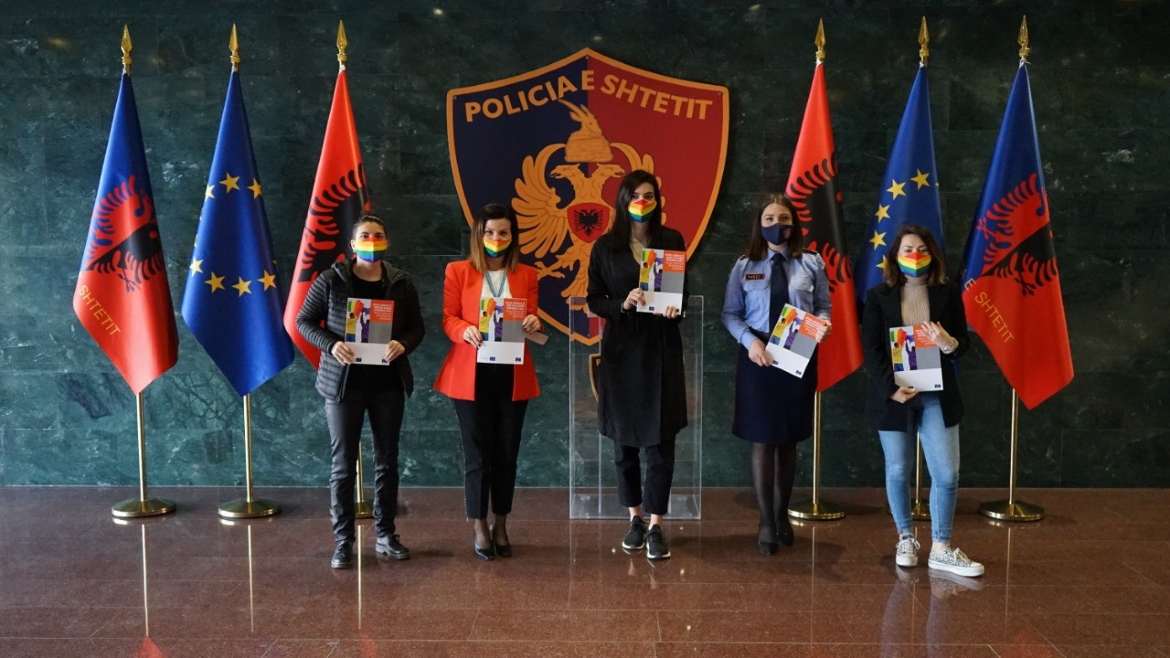 The first set of 400 manuals were distributed at the Police Academy and Faculty of Security, General Police Directory and various police stations in Tirana. In cooperation with the Albanian State Police, Aleanca LGBT and Pro LGBT, the Police Academy hosted an event to introduce the manual with students and police officers. Prof.Dr. Ilirjan Mandro, Dean of the Faculty of Security and Investigation, underlined that “…the manual itself and the accompanying brochures are a good didactic basis for the teaching staff, to use it as literature for candidate police officers as well as the ongoing training of career staff. The brochure gives quick and effective answers to any hesitation or ambiguity police officers might have”. Two other events were organized with the same purpose, at the General Police Directory and Police Station number 1 in Tirana.  A total of 1000 copies of the manual will be distributed in police stations all around Albania.

The Action on “Promotion of Diversity and Equality in Albania” will keep supporting and consolidating the cooperation between the state police and LGBTI CSOs, based on positive results and experiences established to date.