Citizens in Albania informed on the registration of land property titles 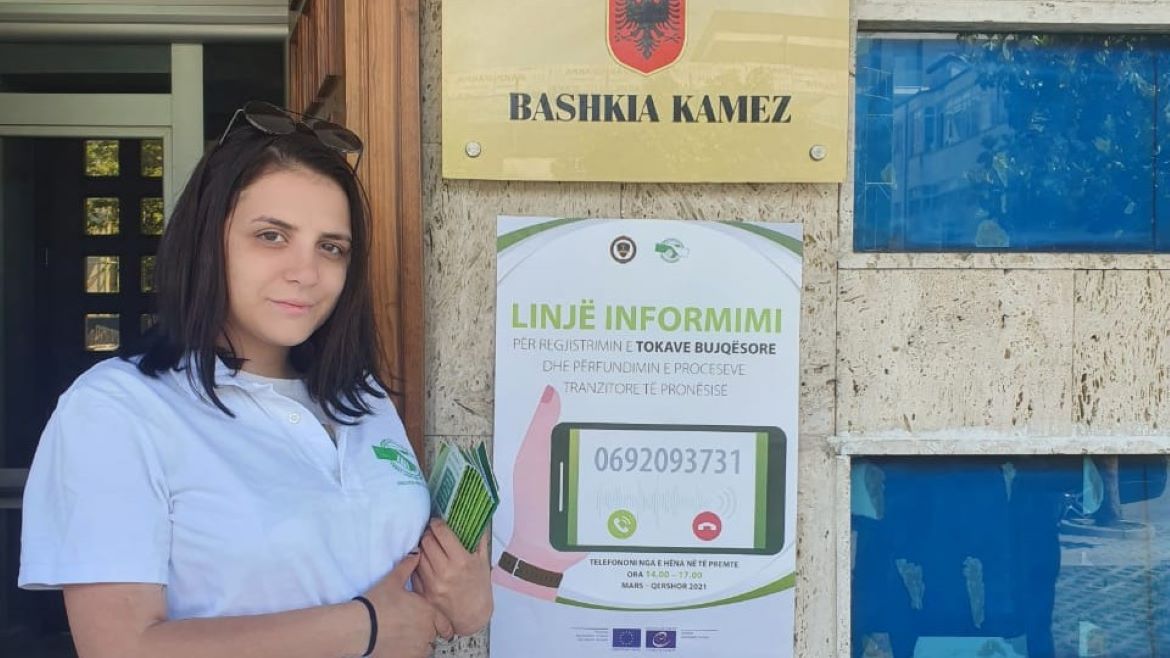 From 25 to 27 May, 1200 citizens from the 7 municipalities of Tirana district directly benefited from the information and awareness activities organised by Tirana Legal Aid Society (TLAS) as part of the information campaign and helpline supporting the registration of land property titles, funded by the European Union and the Council of Europe. The Helpline: 0692093731 is available from Monday to Friday, until 30 June 2021, to answer relevant questions and requests from citizens.

In addition, awareness materials involving posters and brochures as well as in-person meetings complemented the campaign. “This outreach campaign came as a response to many requests we received from the citizens reaching the helpline, asking from our team to get closer to communities. Furthermore, this approach also strengthens the cooperation not only with citizens about also with the local and community services” said Rajmonda Bozdo, TLAS director.

The activity is organised in the framework of the action “Supporting enforcement of the judicial decisions and facilitating the execution of ECtHR judgements in Albania” under the “Horizontal Facility for the Western Balkans and Turkey II”, a co-operation initiative co-funded by the European Union and the Council of Europe and implemented by the Council of Europe, which aims at ensuring the rights of property owners in Albania are effectively enforced.