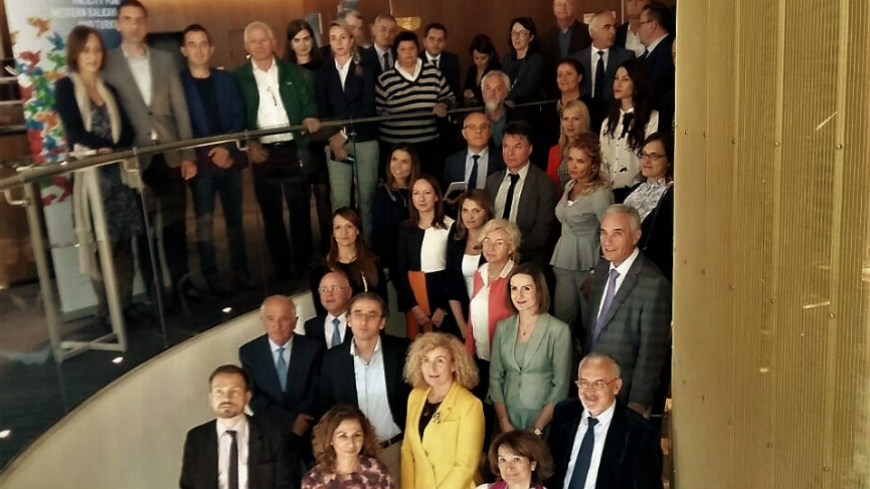 Ministry of Education representatives, rectors and academic staff from universities of the Western Balkans region (Albania, Bosnia and Herzegovina, Serbia, Kosovo*, Montenegro and “the former Yugoslav Republic of Macedonia”) were engaged in the roundtable on “Ethics and Integrity in Higher Education”, which was held in Skopje on 27 September 2018. The opening speeches were delivered by Mr. Libor Chlad, Deputy Head of Cooperation in the European Union Office in Kosovo and Ms. Vesna Atanasova, Programme Manager at the Council of Europe, who expressed the commitment of their institutions to support the region in ensuring quality education through strengthening ethics, integrity and transparency in higher education.

During the event, the participants discussed the current situation and their efforts towards strengthening integrity and combating corruption in the higher education system in their respective universities. Moreover, two prominent speakers, from the Council for Higher Education Accreditation’s and from the International Association of Universities spoke about the best practices of the European countries in ensuring ethics and integrity in the higher education.

A report containing the discussions, recommendations and future actions will be prepared. In addition, the participants underlined the enhanced commitment, motivation and empowerment of relevant stakeholders towards the shared objective.

*This designation is without prejudice to positions on status and is in line with the UNSCR 1244 and the ICJ opinion on the Kosovo Declaration of Independence.