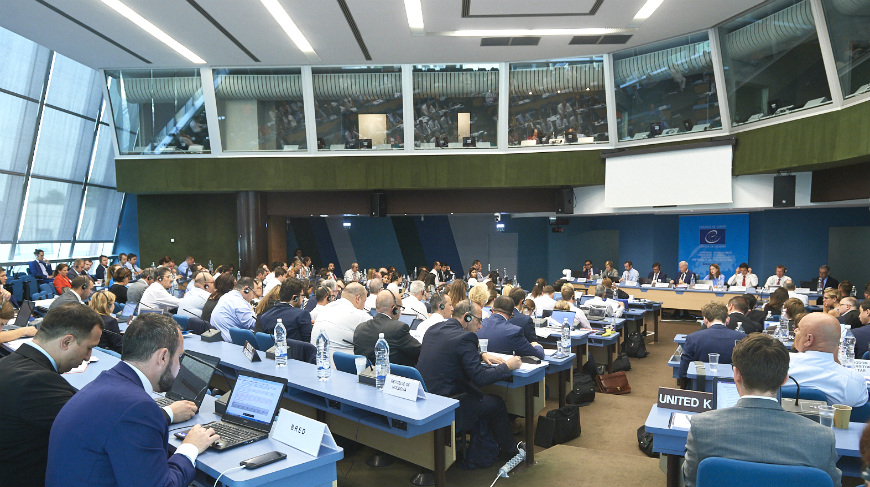 Strasbourg, 25.09.2019 - In its annual report for 2018, published today, the Council of Europe anti-money laundering and counter-terrorist financing body MONEYVAL calls on states to ensure that they have appropriate measures in place to combat “dirty money”.

The impact by economic crime, organised criminal groups and terrorism continued to be felt in Europe and other parts of the world during 2018. In the report, the Chair of MONEYVAL, Elzbieta Frankow-Jaskiewicz, underlines that, in light of the increased risks, it is urgent that countries and territories in Europe and beyond apply robust measures against money laundering and terrorist financing.

The Chair highlights a number of initiatives that MONEYVAL carried out in 2018 to address several pressing challenges. These include the need to raise the awareness and effectiveness of prosecutors and judges in the repression of money laundering, associated offences and terrorist financing; as well as to step up efforts to combat the financial flows associated with slavery, human trafficking and forced labour.

Another priority for MONEYVAL is tackling the negative consequences of the so-ca.lled “de-risking”, a phenomenon by which in recent years global banks have cut business relationships with foreign banks to avoid (rather than to manage) possible money laundering and terrorist financing risks. Consequently, the money laundering and terrorist financing risks have increased in certain countries.

In 2018 MONEYVAL continued its role as an international player in the global network of anti-money laundering and counter-terrorist financing bodies led by the Financial Action Task Force (FATF). The Committee actively monitored 24 countries and territories through the adoption of mutual evaluation reports or follow-up reports.