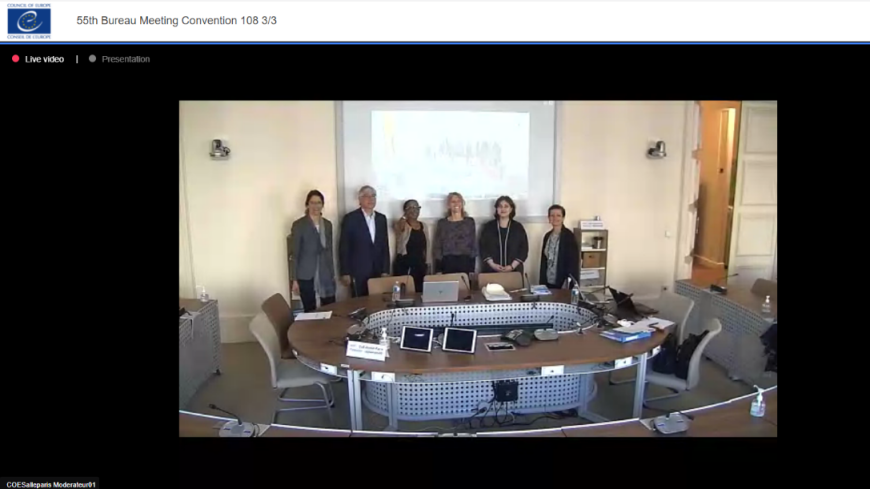 With the contribution of experts consultants working on the various topics, it pursued its discussions on ongoing pieces of work, respectively on Guidelines on digital identities in view of their adoption at the next plenary meeting, inter-state exchanges of data for anti-money laundering/countering financing of terrorism, and tax purposes, interpretation of Article 11 of the modernised Convention 108 and  contractual clauses in the context of transborder data flows, as well as on elements of the draft internal regulation of the future evaluation and follow-up mechanism under Convention 108+.  The Bureau also accepted the request by the administration of the Organisation for an opinion on the draft new rules of the Council of Europe on personal data protection.

Besides, the Bureau had again the honour to exchange with the Ms Fiorella Salazar, Minister of Justice and Peace of Costa Rica on the state of advancement of endeavors to align its data protection legislation to Convention 108+.