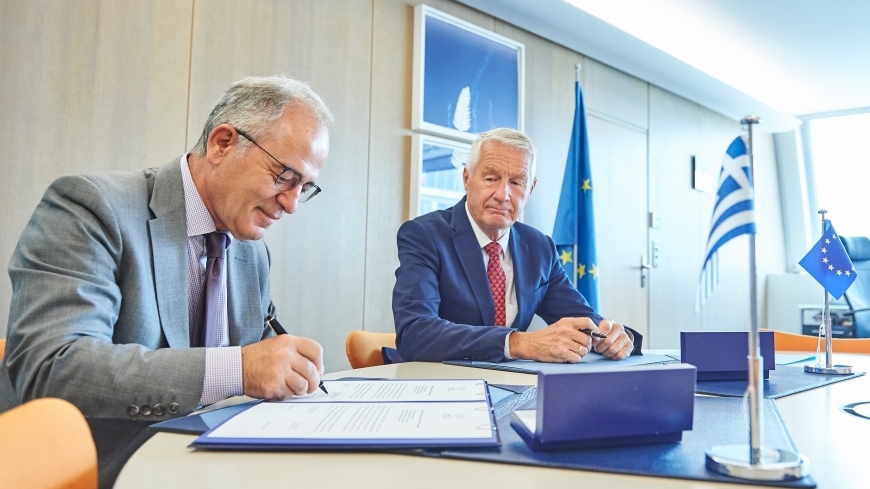 On Friday 6 September 2019, Ambassador Panayiotis BEGLITIS, Permanent Representative of Greece to the Council of Europe, signed the Protocol amending the Convention for the Protection of Individuals with regard to Processing of Personal Data in presence of the Secretary General Mr Thorbjørn Jagland.
Greece has been Party to Convention 108 since 1 December 1995 and becomes the 32nd signatory of the modernised Convention 108.

Find out more about Convention 108+ here.