The Ancient Life of Dacian Empire Recast in a Virtual Museum 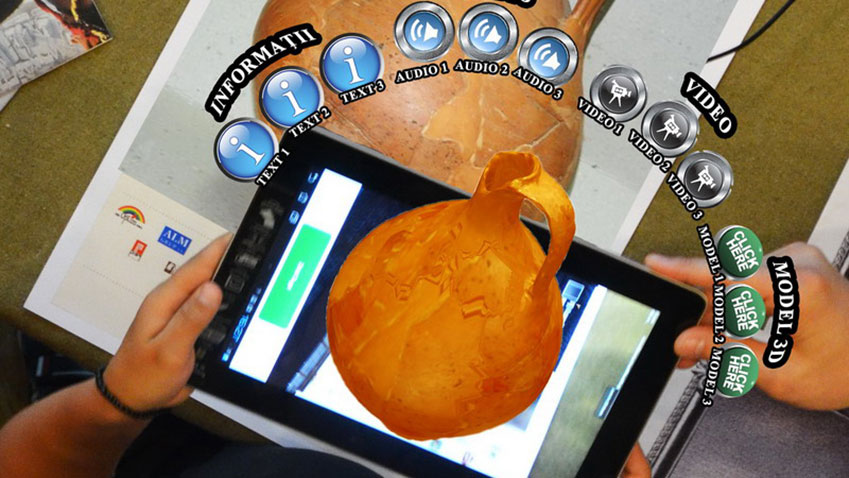 The 2nd century clashes of Roman and Dacian armies on the territory of today’s Romania have not left much behind other than another story about the expansion of Roman Empire. The little that remained, however, now offers an invaluable insight into the culture of what once had been one of the best developed European kingdoms. The traces of this culture are most plentiful on the Orăştie Mountains, where the ruins of six fortresses that used to serve as the primary defence point of the Dacian Kingdom, still stand to speak about this distant history.

Today a UNESCO heritage site, these ruins are a favourite spot of historians and archaeologists looking to unveil the mysteries of the everyday life of Dacians. Thanks to a recent digitisation project, its treasures have become accessible to a wider group of researchers and history enthusiasts who wish to experience this distant culture. With an aim to preserve the history of Dacian civilisation, the project titled When ancient everyday life becomes UNESCO heritage. The scanning, digital restoration and contextualization of Dacian artefacts from the Orăştie Mountains have recreated over 500 authentic Dacian artefacts and numerous other items to virtually recast what is left from the Dacian Kingdom.

Following the 2006/585/CE Recommendation of the European Commission that promotes digitisation as a means to increase of accessibility and enable preservation of European cultural heritage, the project relied on digital technologies to recast Dacian daily life and preserve its culture. In addition to recreating physical artefacts, it also included the creation of an open web platform to manage 3D models and metadata in accordance with Europeana, a 3D virtual museum, as well as the digital reconstruction of 30 Dacian monuments. This way, massive amounts of data on the European past have been made available to the public in order to enable exploration of the Dacian Kingdom almost two millennia after it had been erased.

The project was carried out by the Technical University of Cluj-Napoca in partnership with National History Museum of Transylvania, Cluj-Napoca „Babeș-Bolyai” University Cluj-Napoca, and Dacian and Roman Civilization Museum Deva. Its successful completion earlier in 2016 represents an important step towards democratising European archaeological and historic knowledge, as well as towards preserving Romania’s past in a form accessible to anyone who appreciates it.