Reconstructing the Silicon Valley of the 18th Century: A Digital Perspective on the Industrial Revolution in Newcastle 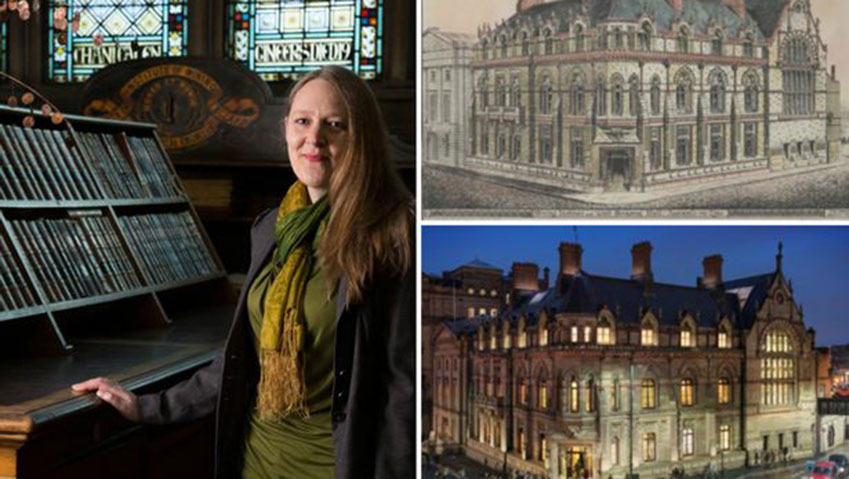 Newcastle of the 18th century. The heavy industry thrives, people from rural parts are flocking into the town in pursuit of a job, shelter and a new life. Many of them are afraid of new technology and the great social shift it announces. They are confused, if somewhat resistant to the change, yet grateful for the new hope that is given to them.

This is how the First Industrial Revolution had started in Newcastle, shaping the city into a Mecca of mining and mechanical engineering. Throughout the 18th and 19th centuries, the city saw an impressive growth, with new technology attracting workforce from all over the country and setting the stage for new industrial, economic and scientific development. According to John Tomaney, Director of the Centre for Urban and Regional Development Studies at Newcastle University, it was not until the advent of Silicon Valley that there was “another such concentration of globally important innovation in one physical location during a short time period.”

With The North of England Institute of Mining and Mechanical Engineers as a leading body to support development of new skills and scientific works, the city has become a leader in educating and later distributing engineering knowledge across the globe. However, with the decline of these activities in the 20th century, both the Institute and the city’s industrial development have been pushed back to the margins. As the next big revolution sets into the town, the legacy of this period is about to be recreated with a new digitisation project.

Supported by Heritage Lottery Fund, the £4.7 million worth reconstruction of The North of England Institute of Mining and Mechanical Engineers aims to breathe new life into the industrial past of Newcastle. Announced in late November, the project will preserve the institute’s industrial heritage by reconstructing its building and digitising its massive collections that provide an extensive resource for research into the industrial revolution. Given the role the city has had in this global change, these digitised collections will offer an insightful perspective into the beginnings and development of the major revolution England saw before the 20th century digital modernisation.

Living in the age of great innovations can be both exciting and frustrating, with a number of social and economic changes taking place to change the direction of history. Newcastle of the 18th century thus has a lot in common with today’s cities that have become European and global centres of IT innovation. This is why the Mining Institute reconstruction project has a great value for both Newcastle and the world now immersed in an entirely different revolution.