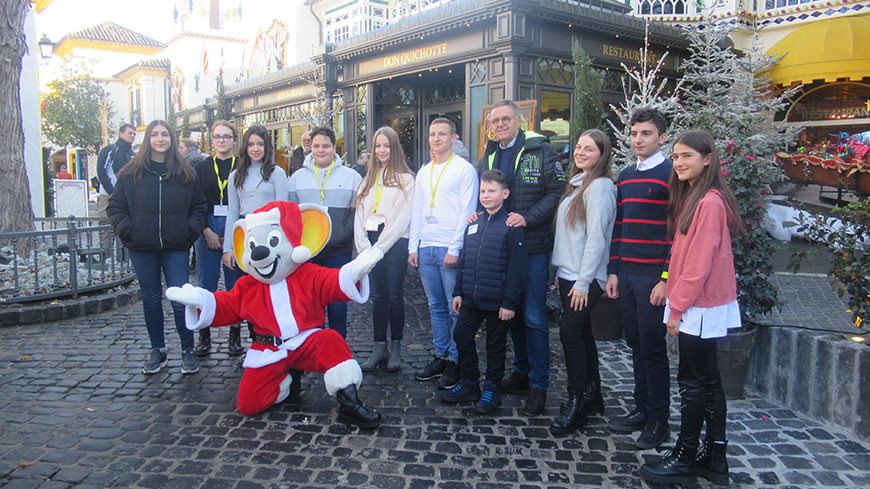 The European Heritage Days celebrated the end of the second edition of European Heritage Makers Week with this year’s storytellers, who travelled from across Europe to visit Strasbourg from 1st to 4th December 2019. The selected stories came from North Macedonia, Latvia, Russian Federation, Ukraine, Serbia and Georgia.

This year young storytellers from 13 countries shared their stories with us. They demonstrated great creative potential in designing stories that connect their local cultural heritage to the European narrative within the common theme of “Arts and Entertainment.” Original stories featuring various well and lesser-known works of art, writers, public figures and cultural places presented local and European heritage in a new way, seen through the eyes of creative 12-18-year-old heritage makers.

From folk dancing traditions in Latvia, to exciting holiday traditions in Georgia, and mysterious vampire stories from Serbia, the 2019 European Heritage Makers Week ambassadors presented their take on the diverse cultural heritage that connects us in the most unique ways.

To conclude the second successful season of the largest youth heritage sharing initiative, the awarded storytellers gathered in Strasbourg from 1 to 4 December. During the 4-day stay, they had a chance to learn more about the European heritage, get to know fellow storytellers from other countries, and explore the most significant landmarks of Strasbourg.

The participants had an opportunity to share their understanding of European cultural heritage and history. During the conversations with their peers, they were able to broaden their knowledge about different cultures and realise how their distinctive cultural landscapes contribute to a shared, European identity. A colourful programme included several interesting activities that enriched their perspective on the common heritage and shared values.

A traditional visit to the European Parliament, the Hemicycle and the Parlamentarium Simone Veil was a highlight of the programme. The participants explored Strasbourg by boat, followed by a visit to the magnificent Notre Dame Cathedral and the Strasbourg Christmas Market.

Storytellers were introduced to the origins of democracy in Europe at the European Court of Human Rights. And most importantly, they were given an opportunity to present their stories and engage in conversations on common heritage.

To celebrate this year’s common theme of Arts and Entertainment, a special edition of the programme included a surprise visit to Europa Park, Germany, which is the only amusement park in the world dedicated to the countries of Europe. Exciting rides and the magical amusement park allowed for a fun insight into the traditions, history and heritage of 15 different countries. The storytellers had the honour of being greeted by Mr Roland Mack, owner of Europa Park and a "Goodwill Ambassador for Families" for the Council of Europe.

The visit served as an ideal ending to the second season of the European Heritage Makers Week festival. In addition to encouraging young heritage custodians to engage with the shared heritage, the initiative allows for improved intercultural sharing and provides better insight into the diverse experience of common heritage.

The next edition of European Heritage Makers Week will open next autumn, with a new series of local heritage narratives waiting to be presented to Europe by a new generation of heritage makers. Check back soon for your chance to be part of it!