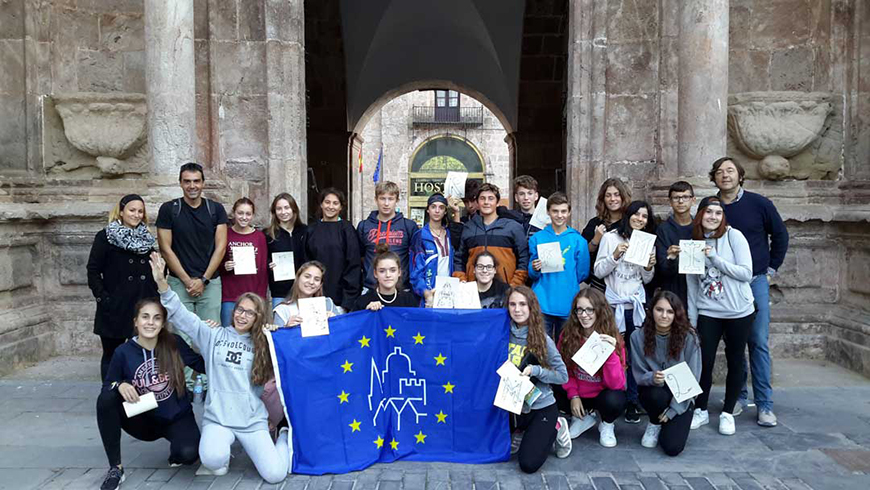 As Europe is drawing the 34th edition of its most widely celebrated cultural festival to a close, its national coordinators will gather in Strasbourg to set the stage for new experiences in 2019.

With 2018 being designated as the European Year of Cultural Heritage by the European Commission, this year’s edition of the festival has seen a lot of innovative efforts in presenting shared European heritage. The National Coordinators explored new approaches to event organisation and community engagement to celebrate the common theme The Art of Sharing. The central ideas behind the theme are tightly related the Council of Europe's and European Commission’s mission to raise awareness of Europe’s cultural and historic treasures.

The Assembly will be an occasion for participants to share the success of this year's festival, and also to find inspiration for creative new approaches in various thematic discussions. As 2018 is the year in which two new pilot initiatives were launched under the umbrella of European Heritage Days, the event will also put a special focus on these projects.

The Future of European Cultural Heritage: Where are we heading?

The Assembly will be opened with a panel dedicated to the future of European Heritage that will feature experts from European Commission, European Parliament, Swiss Federal Office of Culture, Interpret Europe, Council of Europe, and civil society. The Panel should create a space for multiple narratives on what is the future of European Cultural Heritage. The topics discussed will include the legacy of the EYCH, the importance of heritage interpretation, storytelling and intangible heritage, Baukultur and the Davos Declaration and the digital turn that is ahead of us.

European Identity and Youth in Focus

This year’s Assembly programme will also invite guests to participate in one of the two thematic workshops. The first one will be dedicated to Discussing the European Identity and will be led by Sofia Trouli, from The Museum of Contemporary Art of Crete (CCA).

The second workshop will put the young in focus for a discussion on Youth engagement in European Heritage – how do we know that we have got there?” This workshop will be led by Ana Gaio, Vice-President, ENCATC Board (European network on cultural management and policy).

The workshops will allow participants to exchange ideas and experiences on these two critical aspects of heritage activities. The resulting conclusions are expected to further improve engagement of local communities and individuals beyond European Heritage Days.

The participants in the pilot project European Heritage Stories will receive certificates of participation at the celebratory event that will be held on 17 October. The certificates will be presented to ten projects whose development will be supported with a €10,000 grant. The grant will enable the organisations and heritage groups that shared their unique heritage stories to further develop their projects and make a positive difference for European heritage.

For the first time in the history of the European Heritage Days, an Award ceremony for the 10 selected European Heritage Stories will take place in Strasbourg. Representatives from the initiatives will present the European dimension of their Stories and receive the certificates of excellence on behalf of the Council of Europe and the European Commission. Following the EHD Assembly, the EHS initiatives will start with 10 innovative projects to further their success. The grant will enable the organisations and heritage groups that shared their unique heritage stories to further develop their projects and make a positive difference for European heritage.

For the representatives of European heritage communities and institutions that made the event possible in their countries, European Heritage Days Assembly will mark the successful close of another exciting year. The programme of educational sessions and thematic workshops will provide them with resources and ideas for the next series of incredible experiences in 2019.