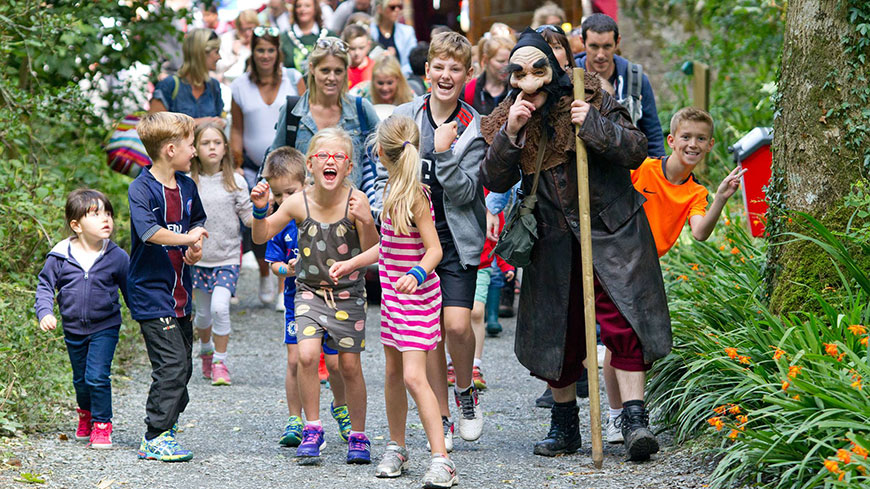 As one of the key initiatives of the European Year of Cultural Heritage, in this year’s edition of the #EHDs we are celebrating “The Art of Sharing” and launching two new pilot initiatives open to local communities, children and young people.

Launched on 18 April on the occasion of the World Heritage Day and International Day for Monuments and Sites, the EHDs are proud to present the European Heritage Makers Week, a storytelling experience created to celebrate Europe’s shared heritage. The official week symbolically takes place between 5 and 9 May, to coincide with the Europe Day celebrated by the Council of Europe and European Union. The preparation and selection days will follow the schedule outlined here.

During this period, children and young people are encouraged to explore their surroundings, get to know the cultural heritage around them and come up with a story of Europe in the selected site. The stories can then be uploaded by their parents or legal guardians in the form of digital images (pictures, drawings, paintings, photographs, graphics, illustrations, and comics) to the EHD Portal with written stories alongside to give added insight. Following a national pre-selection, a European jury will select the ten most inspiring stories and invite the #HeritageMakers to visit Strasbourg for a special event in November.

For the first time in the history of the European Heritage Days, the Call for European Heritage Stories is set as a pilot initiative intending to give a voice to the passionate individuals, organisations and associations to tell their story of Europe in the heritage they cherish.

Storytellers from EHD communities, EU Prize for Cultural Heritage/Europa Nostra Award winners and the European Heritage Label are invited to share their interpretation of a European heritage story and to explore the ways they understand their heritage site or heritage work corresponds with common European values. In addition to encouraging people to engage with Europe’s cultural heritage and collecting testimonies/stories and good practice on how communities understand the European dimension of local heritage, the Call will give access to direct funding scheme for project proposals connected with the Stories.

Celebrated in 50 signatory States to the European Cultural Convention, European Heritage Days highlight the diversity of local skills, traditions, architectural styles and works of art that constitute shared European Heritage. Launched in 1985 in France, the festival has been organised as a joint initiative of the European Union and the Council of Europe since 1999. Enabling citizens to explore a wide range of cultural assets through a number of themed events organised for free, European Heritage Days help uncover hidden histories of people and places that have helped shape the culture and heritage of Europe.

The events take place from late August to October, when local skills, crafts and traditions are put into focus at cultural events all over Europe. The aim is to increase understanding of a shared European past, encourage appreciation of traditional values and inspire new heritage conservation and education initiatives. Cultural heritage is a priority under Creative Europe, the EU's programme for the cultural and creative sectors. The European Heritage Days receive €400 000 in support from Creative Europe and €400 000 from the Council of Europe, with most events being funded with national or regional backing. Pilot initiatives launched in 2018 and announced in this press release will set the stage for engaging communities in the European dimension of heritage, as well as focus on storytelling and European values.

To find out more