E-relevance of Culture in the Age of AI

Culture, Creativity and Artificial Intelligence were discussed at an expert seminar in Rijeka, Croatia on 12-13 October 2018. The seminar “E-relevance of Culture in the Age of AI”, organised in the framework of the Croatian Chairmanship of the Committee of Ministers of the Council of Europe, offers sector-specific input to the Council of Europe’s work on artificial intelligence.

In the presence of the representatives of the Ministry of Culture of Croatia, experts, practitioners/ artists and policy makers from the Steering Committee for Culture, Heritage and Landscape (CDCPP) discussed orientations for working towards a culture of responsible innovation, empowering citizens and laying the foundations for the emergence of a modern Leonardo da Vinci. Questions for debate included:

The seminar highlighted that:

1. Arts & Culture need to be part of the dialogue about information society (be it about digital transformation at large, or AI in particular).

2. Arts & Culture are providing essential contributions to the deliberations about our common technology-influenced future, both in terms of realistic insight (through critical media art) and sense of direction (reflexive and holistic approach).

3. Arts & Culture stimulate active engagement and creativity in citizens and hence diversity in production, against the odds of global cultural standardisation and homogenisation.

4. Arts & Culture are an irreplaceable means of expression of the human genius, its iinite innate inventiveness and creativity, its power of self-determination and its manifest human rights.

Indeed, artists and cultural workers can elaborate alternative models of development, with a cultural agenda - beyond economic/commercial logics. They are able to reveal a multiplicity of readings, narratives and views and they attract media attention. As the seminar agreed, they will not easily be replaced by machines “although some AI generated art work may look more convincing than work shown at Art Fairs”..

Yet, people seem to appreciate the physical presence of a human, the imperfection of human creation and the concepts, narration, intention, effort and biographical context coming from humans.

However, AI might have a substantial impact on cultural and creative industries (music, film, journalism, design,…), challenging prevailing business models. Also, power inequalities in terms of representation may grow, due to uneven archival traditions in different world regions: cultures with strong archival traditions will be able to better feed the data needs of AI systems and hence be more "present" in global perception and markets.

A current initiative in Rijeka to teach AI about a threatened local language can serve as good practice and inspire similar initiatives at protecting and promoting European cultural diversity. Hence, combining high-quality business and technology assets with ethics and values would provide the competitive edge for a -also commercially successful- European model that should be robust since built on long-standing values rather than mere commercial rules.

In all this, communication seems key. Mostly, people seem either to fear loss of control through AI, or simply ignore the challenges involved. There was also a mythological dimension to AI and at the same time, a rational one: people vote for being operated on by robots rather than doctors, given the higher success rates of AI-based surgery. But when it comes to the nursing, people clearly prefer the human touch.

The event also hosted the exhibition opening of “Anatomy of an AI System”, a map that guides through the birth, life and death of an individual networked device based on a centralised artificial intelligence system, created by Vladan Joler, Share Foundation founder and Professor at the University of Novi Sad.

The results of the Rijeka expert seminar on Culture, Creativity and Artificial Intelligence will be conveyed to the Council of Europe’s forthcoming conference “Governing the Game Changer – Implications of AI development on human rights, democracy and the rule of law” (Helsinki, 26-27 February 2019). 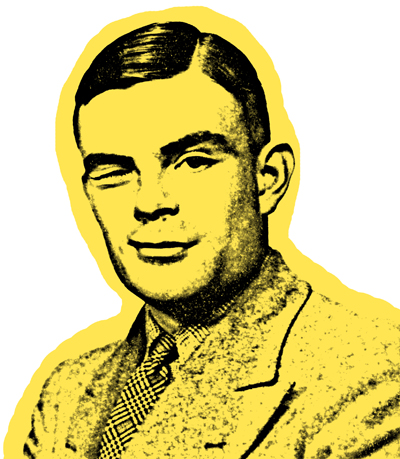