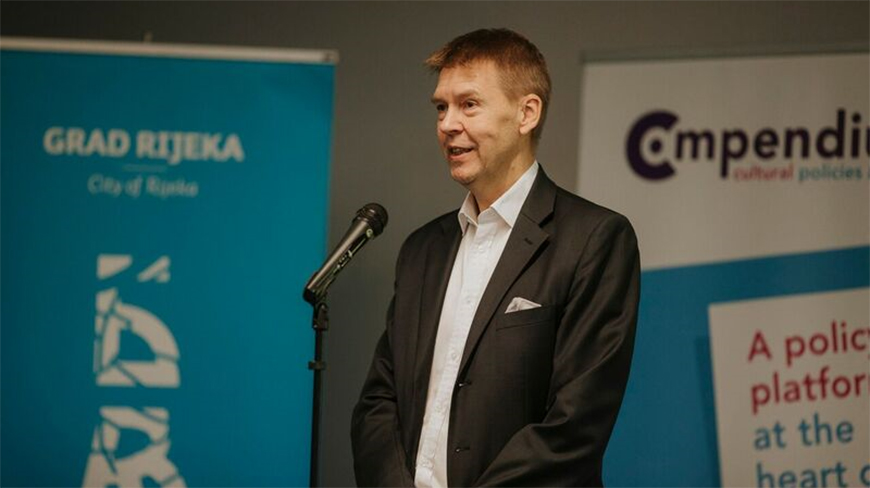 Mr Kimmo Aulake, Board member of the Compendium Association, speaking at its first General Assembly

The first General Assembly of the Association of the Compendium of Cultural Policies and Trends took place on 9-11 October in Rijeka, Croatia, in the framework of the Croatian Chairmanship of the Committee of Ministers of the Council of Europe.

The event was opened by the Minister of Culture, Ms Nina Obuljen Koržinek, and featured specific panels on arts education. In addition, the mayor of the city of Rijeka, Mr Vojko Obersnel, opened the Public Forum dedicated inter alia to the potential of arts and culture work in deprived areas.