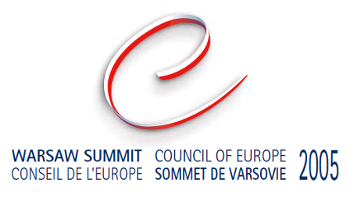 The Third Summit of Heads of State and Government of the Council of Europe took place in Warsaw on 16-17 May 2005. Leaders of the 46 member states redefined the Organisation’s priorities by adopting a political declaration and an action plan, laying down the principal tasks of the Council of Europe in the coming years, and aiming to strengthen the Council’s key mission to safeguard and promote human rights, democracy and the rule of law. 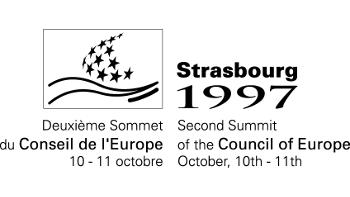 During the Second Summit in Strasbourg in October 1997, the Heads of State and Government adopted an action plan to strengthen the Council of Europe's work in four areas: democracy and human rights, including the establishment of a Council of Europe Human Rights Commissioner; social cohesion; the security of citizens; and democratic values and cultural diversity.

The first Summit took place in Vienna in October 1993, following the fall of the Berlin wall and the development of new democracies in central and eastern Europe. It confirmed the Council’s policy of openness and enlargement and also launched the reform of the European Convention on Human Rights to make it more effective. The Heads of State and Government cast the Council of Europe as the guardian of democratic security - founded on human rights, democracy and the rule of law. Democratic security is an essential complement to military security, and is a pre-requisite for the continent's stability and peace.