The "CEPEJ-South III Programme" project aims at promoting the independence, efficiency and quality of justice in the MENA region (mainly in Morocco and Tunisia, but also in Jordan) by improving the functioning of the courts and supporting the implementation of judicial reforms and the revision of relevant normative frameworks in conformity with European standards. The "CEPEJ-South III Programme" project follows the projects carried out by the CEPEJ since 2012 in the region, and aims to deepen, develop and perpetuate the actions implemented within the framework of these projects.

Tunis (Tunisia) 11 July 2018
About fifty participants (judges, in particular spokespersons of Tunisian courts, journalists, lawyers) will be brought together by the CEPEJ and the Tunisian Ministry of Justice for a training session on "Justice, media and social networks" on 11 July 2018 in Tunis. Its objective is to present and discuss the means and issues of communication of courts and magistrates. Exchanges will focus on sharing best practices and European standards. A journalist will bring the point of view of the profession.
2018-07-11T11:22:00
headline Strasbourg 9 October 2018 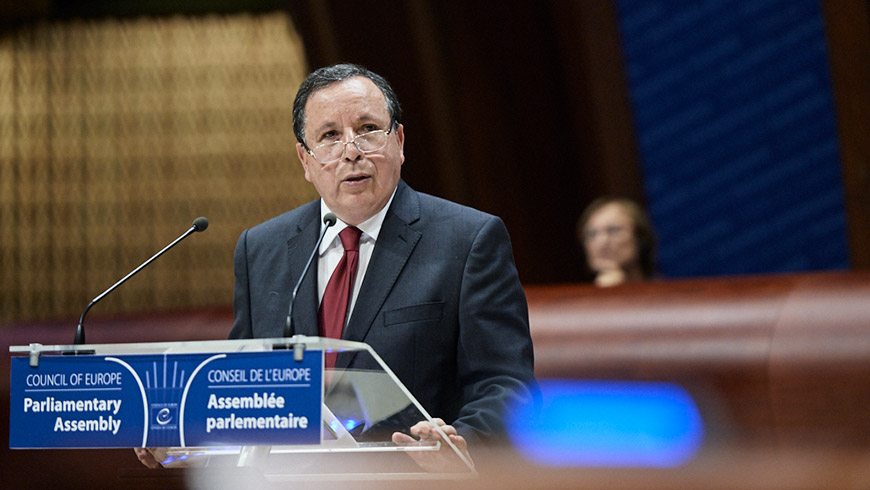 On 9 October, within the framework of the session of the Parliamentary Assembly of the Council of Europe, the Minister of Foreign Affairs of Tunisia, Mr. Khemaies Jhinaoui, thanked the CEPEJ for the support given to the cooperation programmes in implementation since January 2012, financed by the European Union and the Council of Europe and implemented by the Council of Europe. He recalled that Tunisia obtained observer status with the CEPEJ in 2014. In particular, the CEPEJ has developed and put into action targeted programmes to improve the performance of courts, by supporting the implementation of judicial reforms and the revision of relevant normative frameworks in accordance with European standards (South III programme currently in progress, until February 2020).

Statement by the Minister of Foreign Affairs of Tunisia

More information on the South III Programme and useful links