Bulgaria: Support to the Inspectorate to the Supreme Judicial Council

The project aim: Strengthening the institutional and the administrative capacity of the Inspectorate to the Supreme Judicial Council of Bulgaria

Basic content: Strengthening the institutional and the administrative capacity of the ISJC in accordance with the identified best practices of the European Union (EU)  / Council of Europe (CoE) member states.

As of 1 January 2017, the Inspectorate to the Supreme Judicial Council of Bulgaria (ISJC) undertook the power for integrity checks of judges, prosecutors and investigating magistrates under the Law on Amendment and Supplementation of the Constitution of the Republic of Bulgaria (LASCRB), SG, issue 100 of 2015 and Article 54, para. 1, items 1-4 of the Judiciary System Act of 2016.

The project supported Bulgaria and the Bulgarian authorities in strengthening the capacity of the Inspectorate to the Supreme Judicial Council to undertake integrity checks of judges, prosecutors and inspectors. Through this project the ISJC wished to acquire knowledge of relevant experience in Europe, particularly from France and Spain, in order to improve the efficiency of its own work. In addition, the project provided possible recommendations to the ISJC of Bulgaria on strengthening its own inspection system and bring it into line with European standards.

The overall assessment from the beneficiary and the donor is that the project fulfilled the needs and expectations set and the envisaged co-operation. The Bulgarian Inspectors are now aware of the best practices of some of the EU/CoE member states, namely France and Spain, also Portugal and Italy, who shared their experience and expertise. In this respect, the main outcomes of this project could be summarised as:

The Council of Europe organised a set of activities for and with the participation of the ISJC representatives responsible for the implementation of the project from the Bulgarian side. These activities - including launching of the project and a number of working meetings with the Inspectorate representatives, two study visits to Paris and Madrid to acquire knowledge of the work or their counterparts on integrity checks and relevant topics, one seminar and two round table meetings with various national representatives working in the justice field and a closing event were all supported by the three international consultants, and were organised by the Council of Europe and funded by the Structural Reform Support Service of the European Commission (SRSS).

1.  “Comparative overview of integrity checks in Council of Europe state members”. This analysis includes information about the work and functioning of the Inspectorates in Albania, France, Italy, the Netherlands, Portugal, and Spain and combines three separate reports prepared during the project, namely:

a) the report on the Spanish Inspectorate and the Inspection Commission "Judicial Inspection and Disciplinary proceedings in Spain",

b) the report on French Inspectorate "Overview of the integrity checks in the French Justice System", and

c) the report on judicial inspection systems in Albania, Italy, the Netherlands, and Portugal.

2. “Functional analysis of the Bulgarian Judicial Inspectorate and proposals for improvement".

a)  “Analysis of the activity of the Inspectorate to the Supreme Judicial Council regarding the inspections for integrity initiated pursuant to chapter 9, section I "B" of the Judiciary System Act”.

b)  “Best practices of Council of Europe member states in the area of integrity checks, identified by the ISJC and proposals for normative amendments and organisational changes".

The reports produced under this project could be useful and used in the future by the EU member states representatives planning to work in the judiciary field specifically with the ISJC.

It is expected that the project results would be transferred to the next group of selected inspectors for sustainability purposes. It would be important to monitor how the transferred and shared knowledge and experience of the other inspectorates is done and how it is integrated within the Bulgarian judicial system, so that the future performance and the responsibilities of the inspectors and the ISJC as a whole is implemented in a more effective way in line with the best practices of the EU/CoE member states.

It is crucial that the Bulgarian judiciary and ISJC adopt a preventive approach to integrity through the development of guidelines on the code of conduct, confidential counselling and the provision of opinion by the ethics commission within the Supreme Judicial Council. The ISJC, in co-operation with other bodies of the SJC, should also strengthen its analytical function by identifying vulnerabilities and corresponding mechanisms to reduce the risk of integrity violations. For this reason, it would be beneficial to share the results of the project with the Ethics and Disciplinary Commissions of the Supreme Judicial Council.

Inspectorate to the Supreme Judicial Council of Bulgaria, judges, prosecutors and investigators, persons seeking protection of their rights in courts, the general public. 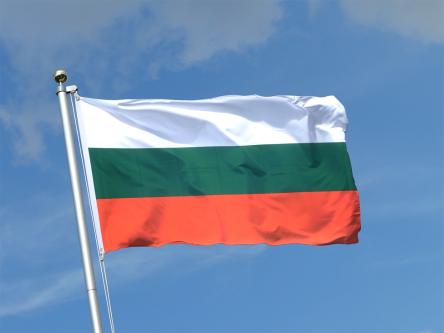 Support to the Inspectorate to the Supreme Judicial Council of Bulgaria

The Council of Europe is looking for a service provider for events management services in Bulgaria. For more information, please see the Act of Engagement with its appendices and the Tender file/Terms of Reference (all documents in English) Deadline for submission of applications: 26 April 2019....