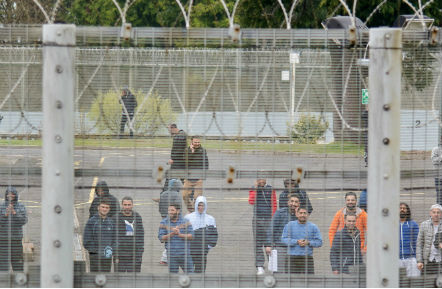 This activity proposal implements one of the recommendations in the 1st report of the Secretary General of the Council of Europe on the state of democracy, human rights and the rule of law (2014); this recommendation itself followed on from similar calls made by the Parliamentary Assembly and the European Committee for the Prevention of Torture and Inhuman or Degrading Treatment or Punishment (CPT), and is supported by the European Commission.

Thus, upon request of the Secretary General of the Council of Europe, a feasibility study has been completed. The latter comments on the increasing numbers of migrants who are subject to administrative detention in Council of Europe member states and reviews the existing standards at European level, including the case-law of the European Court of Human Rights. The study notes that:

Purpose of the codifying instrument

The objective of the draft instrument is twofold:

A codification, into a single and specific instrument, offering a coherent and clear set of international rules on administrative detention would avoid the risk of diverging legal regimes and help build universally applicable standards.

Given the importance of this subject regarding the fundamental values of the Council of Europe, it appeared vital that the European Committee on Legal Co-operation (CDCJ) conduct, before finalising the preparation of the future legal instrument, a wide consultation of key actors and civil society. Their point of views and experiences are essential to ensuring the draft codifying instrument is complete and effective.

The outcome of the consultation process (written and hearing) on the 1st draft codifying instrument are available below:

For more information about the Hearing, see: