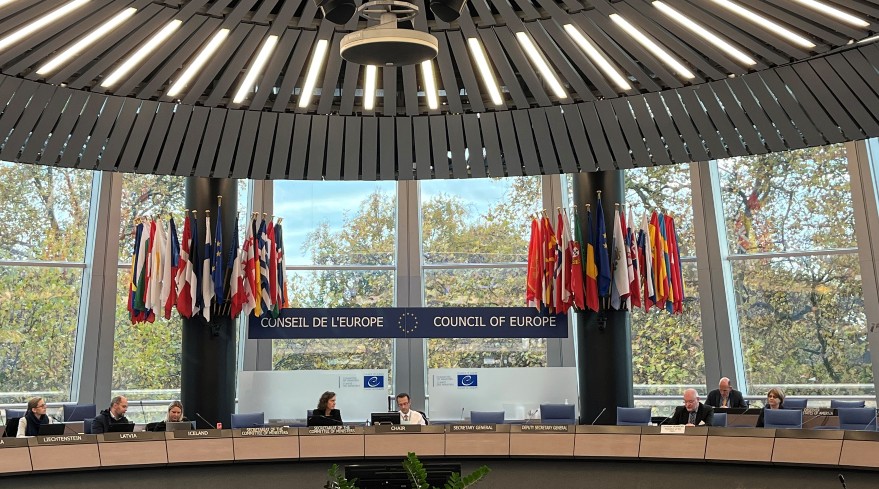 On 17 November 2022, Christoph Henrichs, Chair of the CDCJ, held an exchange of views on the committee’s work with the Committee of Minister’s Rapporteur Group on Legal Co-operation (GR-J).

The discussion focused on the CDCJ’s work in the area of Rule of Law, notably the findings and conclusions of the CDCJ’s review on the implementation of the Plan of Action on “Strengthening judicial independence and impartiality” (Sofia Action Plan). He reported on the progress in the elaboration of a legal instrument aimed at strengthening the protection of the profession of lawyer by the CDCJ’s Committee of Experts on the Protection of Lawyers (CJ-AV). He also gave an update on the future plans and initiatives of the Committee that cover a broad range of issues such as family law and the rights of the child, artificial intelligence and administrative law, administrative detention to name the few. The GR-J delegates expressed their support for the work of the CDCJ and the need for the Committee to continue following-up on the measures set out in the Sofia Action Plan.

The importance of the work of the CJ-AV for the preparation of a new legal instrument, to resolve the long-lasting problems faced by lawyers in Council of Europe member States with respect to their independence and to secure exercise of the profession was underlined.