The Consultative Council of European Judges celebrates its 20th anniversary 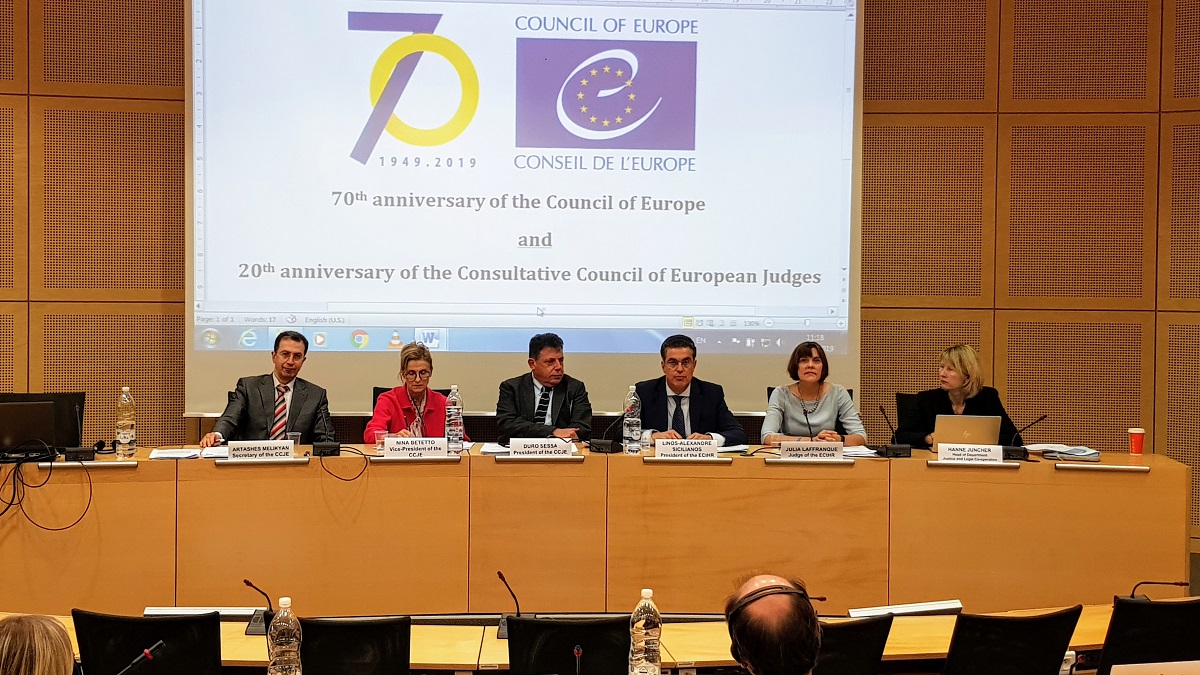 On Friday 8 November 2019, the Consultative Council of European Judges (CCJE), the Council of Europe's advisory body on questions concerning independence, impartiality and competence of judges, will celebrate its 20th anniversary. The work of the CCJE is to promote the essential role of the judicial power in a democratic society. It is the first body in an international organisation composed exclusively of judges and is therefore a unique body at the European level. The CCJE Opinions contain concrete specifications concerning the implementation of fundamental standards such as the independence of judges, their training, ethics, the quality of judicial decisions, etc. On the occasion of the celebration of the 20th anniversary, the President of the CCJE, Mr Duro Sessa, President of the Supreme Court of Croatia, will moderate an exchange of views between the members of the CCJE and the President of the European Court of Human Rights, Mr Linos-Alexandre Sicilianos, on the case law of the European Court of Human Rights as regards the situation of judges and their independence as well as on the CCJE's contribution to the work and reflection of the European Court of Human Rights.