The Council of Europe attaches great importance to the status of judges and the quality of the justice system because of the rule of law and the promotion and protection of human rights and fundamental freedoms – which are key values for the Organisation – depend for their implementation on a strong and independent judiciary. The CCJE may be requested by member States to look into specific problems concerning the status and/or the situation of judges. It addresses topical issues and, if necessary, visits the countries concerned to discuss the ways of improving the existing situation through developing legislation, institutional framework and/or judicial practice.

In this context, the Council of Europe is concerned both with strengthening the judiciary in its member States, with the aim of ensuring mutual respect between the legislature, the executive and the judiciary, and to give European citizens increased confidence in the justice system.

The CCJE, consultative body concerning independence, impartiality and competence of judges, highlights the essential role of the judicial power in a democratic society. The CCJE is the first body in an international organisation composed exclusively of judges and constitutes therefore a unique body at the European level.

In accordance with the pilot survey of intergovernmental steering and ad hoc committees (document GT-REF.INST(2009)1 final), CCJE opinions have been useful for the purposes of drafting national regulations and legislation, are often used as tools for the functioning and/or administration of justice and for the organisation of the work of the legal professions and are useful for national professionals and in particular for judges and judicial service commissions, in view of the fact that CCJE opinions contain concrete specifications concerning the implementation of general standards (independence of judges, training of judges, ethics, quality of decisions, etc.) 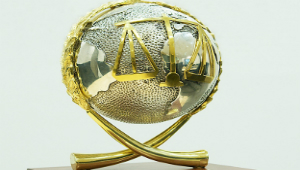 On 20 November 2009, the Fundation Justice in the World (under the patronage of the International Association of Judges) awarded the CCJE with the Prize "Justice in the World" for the excellent quality of its work and the commitment of its members.

All member States may be represented. Members should be chosen in contact, where such authorities exist, with the national authorities responsible for ensuring the independence and impartiality of judges and with the national administration responsible for managing the judiciary, from among serving judges having a thorough knowledge of questions relating to the functioning of the judicial system combined with utmost personal integrity.

The General Secretariat of the Council of the European Union is also invited to participate in the activities of the CCJE.

The following may send a representative without the right to vote and at the charge of their corresponding administrative budgets:

The following may send a representative without the right to vote and without defrayal of expenses:

The following observers to the CCJE may send a representative to attend the CCJE meetings:

The right to an independent and impartial court was laid down clearly in Article 6 of the European Convention on Human Rights. The work of the CCJE is set in the context of the implementation of this right, with the aim of strengthening the rule of law and the effective protection of human rights in democratic States.

Under the authority of the Committee of Ministers, the CCJE, as a consultative body composed exclusively of serving judges (unique in this way at European level), representing a direct and privileged interlocutor of judges in member States, is tasked with fostering the independence, impartiality and competence of judges through the elaboration of standards and guidance as regards the status and career of judges and effective exercise of the judicial profession, bearing in mind the Council of Europe’s standards, notably Recommendation CM/Rec(2010)12 on judges: independence, efficiency and responsibilities, the jurisprudence of the European Court of Human Rights and the findings and recommendations of the relevant monitoring mechanisms.

In particular, the CCJE is instructed to: