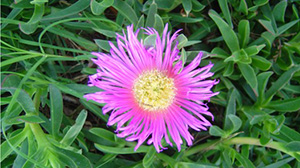 Already in 1992 the Standing Committee to the Bern convention established a specialised "Group of experts on Invasive Alien Species". Acting under Article 11§2 of the convention the Group collected and analysed different national laws dealing with invasive species and proposed work aimed at the harmonisation of national regulations on introduced species, particularly on the fields of definitions, territorial scope of regulation, listing of species whose introduction is undesirable, identification of authorities responsible for permits, conditions for issuing such permits and control involved. One of the main products of the Group was the European Strategy on IAS, whose implementation is regularly monitored by the Group.

Since 2009 the Group has focussed its work on the identification and prioritisation of pathways, and started preparing targeted Codes of Conduct to address these. So far the Standing Committee has endorsed Codes of Conduct on IAS and activities such as horticulture, zoos and aquaria, botanic gardens, hunting, pets or recreational fishing. These codes of conduct are a useful tool for increasing awareness on the impact of IAS and federating the efforts of a wide range of stakeholders (including the business sector) through voluntary, sound and specific measures.

14th Meeting of the Group of Experts on Invasive Alien Species

Publications in other languages