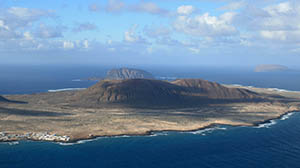 In 2009, the Standing Committee set up a Group of experts on biodiversity of European islands. Islands contain a very rich biological diversity developed as a result of their isolation.

However, that biodiversity is under particular threat because of islands' shortness of space, climate change, habitat destruction by building on the shore line and pollution. Islands are also very vulnerable to invasive alien species (IAS) which is the second cause of loss of species in the world.

The Group of experts contributed to the work of the Convention on Biological Diversity on islands, integrating the Global Island Partnership (GLISPA) and promoting further work on IAS on islands in the seas surrounding Europe: the Baltic, Mediterranean and Black seas and the Arctic and East Atlantic Oceans.

The Group focussed its work in the elaboration of a Charter on Biodiversity in European Islands, filling the knowledge gaps on threatened island biodiversity and on IAS on islands. It proposes best practices for island biodiversity monitoring and conservation, recommending eradication of some particularly harmful alien species and exploring the conservation potential of small uninhabited islands.

The Group fulfilled its mandate and is now on stand-by.

Moreover, a workshop on feral ungulates and their impact on island biodiversity in the Mediterranean and Macaronesian regions was organised on 23-24 March 2015 in La Gomera (Canary Islands, Spain) to examine how serious is the impact of feral ungulates in fragile island ecosystems and make proposals on how to better control those species so as to promote native biological diversity.