GRETA visits Slovak Republic as part of the third evaluation round 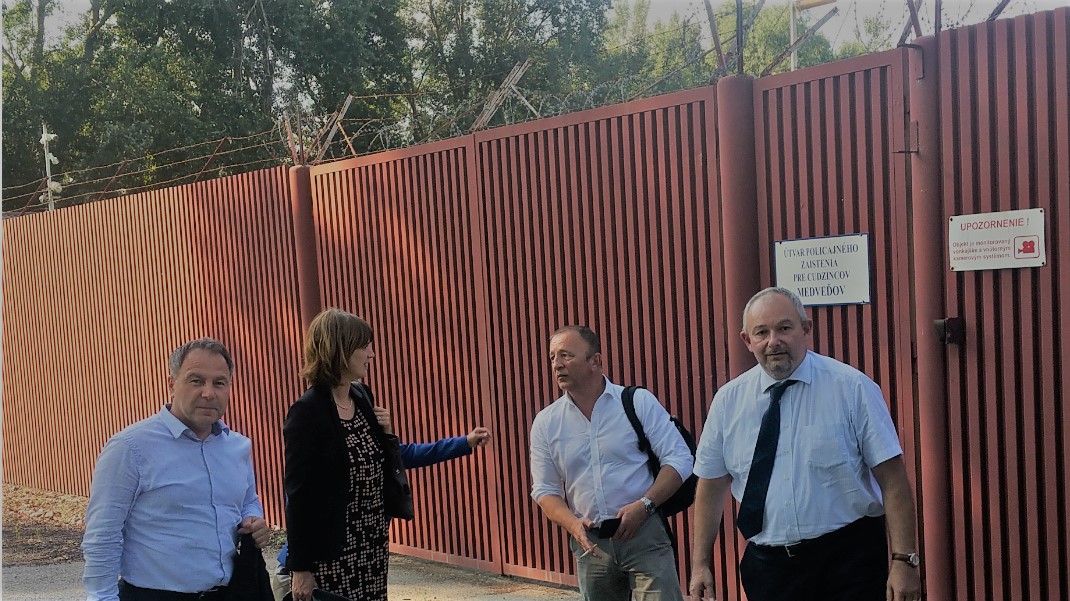 A delegation of the Council of Europe's Group of Experts on Action against Trafficking in Human Beings (GRETA) carried out an evaluation visit to the Slovak Republic from 17 to 21 June 2019 as part of the third evaluation round of the Convention on Action against Trafficking in Human Beings. The focus of this evaluation round of the Convention, with the Slovak Republic being among the first three countries to be monitored by GRETA, is on trafficking victims’ access to justice and effective remedies. Prior to the visit, the Slovak authorities provided a reply to GRETA’s questionnaire for the third evaluation round. In addition to the new thematic focus, GRETA verified how the main recommendations made in its second evaluation report have been implemented.

During the visit, the GRETA delegation met Mr Rudolf Urbanovič, State Secretary of the Ministry of the Interior and National Co-ordinator on Combating Human Trafficking, as well as members of the Expert Group acting as an advisory body to the National Co-ordinator and the Information Centre for Combatting Trafficking in Human Beings and Crime Prevention, which has been assigned the role of National Rapporteur on trafficking in human beings in the Slovak Republic.

Amongst the officials met by GRETA were representatives of the Ministry of the Interior, the Ministry of Labour, Social Affairs and Family, including the National Labour Inspectorate, the Ministry of Justice, the Ministry of Health, the General Prosecutor’s Office, the Judicial Academy and the Centre for Legal Aid. Meetings were also held with judges from the Specialised Criminal Court in Bratislava and the District Court of Nitra. Further, discussions were held with a representative of the Office of the Public Defender of Rights, and the Office of the Plenipotentiary for Roma Communities. The GRETA delegation also met officials from the Police and Prosecution Services in Košice and Žilina.

In addition, meetings were held with representatives of non-governmental organisations, victims of trafficking, lawyers, researchers and journalists. The GRETA delegation also met representatives of the International Organization for Migration (IOM).

In the course of the visit, the GRETA delegation visited an immigration detention centre in Medved’ov, an accommodation facility for women at risk in Banská Bystrica (House of Saint-Vincent), the Siniecko crisis centre for children in Nitra, and a child advocacy centre ran by the NGO Naruc in Žilina.

The visit was carried out by the Mr Davor Derenčinović, President of GRETA, and Mr Mihai Şerban, member of GRETA, who were accompanied by Ms Natacha De Roeck and Mr Mats Lindberg of the Secretariat of the Convention.

Following the visit, GRETA will prepare a draft report which will be sent to the Slovak authorities for comments. GRETA will subsequently adopt a final report, to be published in 2020.