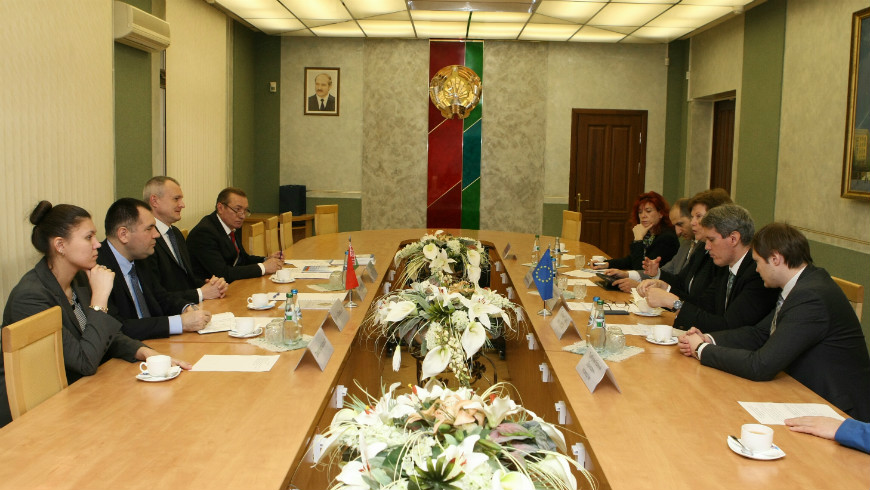 In addition to holding meetings in Minsk, the delegation travelled to Brest and Mogilev where it met members of the regional multi-disciplinary groups for preventing and combating trafficking in human beings and reintegrating victims, including representatives of the regional authorities, social and health protection departments, law enforcement agencies, and civil society organisations.

Separate meetings were held with representatives of non-governmental organisations (NGOs), lawyers and officials from the local offices of the International Organization for Migration (IOM), the United Nations Development Programme (UNDP) and the United Nations High Commissioner for Refugees (UNHCR).

In the course of the visit, the GRETA delegation visited a specialised shelter for victims of human trafficking run by the IOM. It also visited crisis rooms in Brest, Minsk and Mogilev which can accommodate victims of domestic violence as well as victims of human trafficking. Further, it visited a socio-pedagogical centre with a shelter for child victims of domestic violence and other forms of abuse in Minsk, as well as a child-friendly room for interviews with child victims in Mogilev.

The GRETA delegation also visited the premises of hotlines for preventing human trafficking and assisting victims, operated by NGOs in Brest and Minsk.

The visit was carried out by Ms Kateryna Levchenko and Mr Helmut Sax, members of GRETA, who were accompanied by Ms Petya Nestorova, Executive Secretary of the Convention, and Mr David Dolidze of the Secretariat of the Convention.