CCJE Opinion (2012) No.15 on the Specialisation of Judges is now available in Turkish 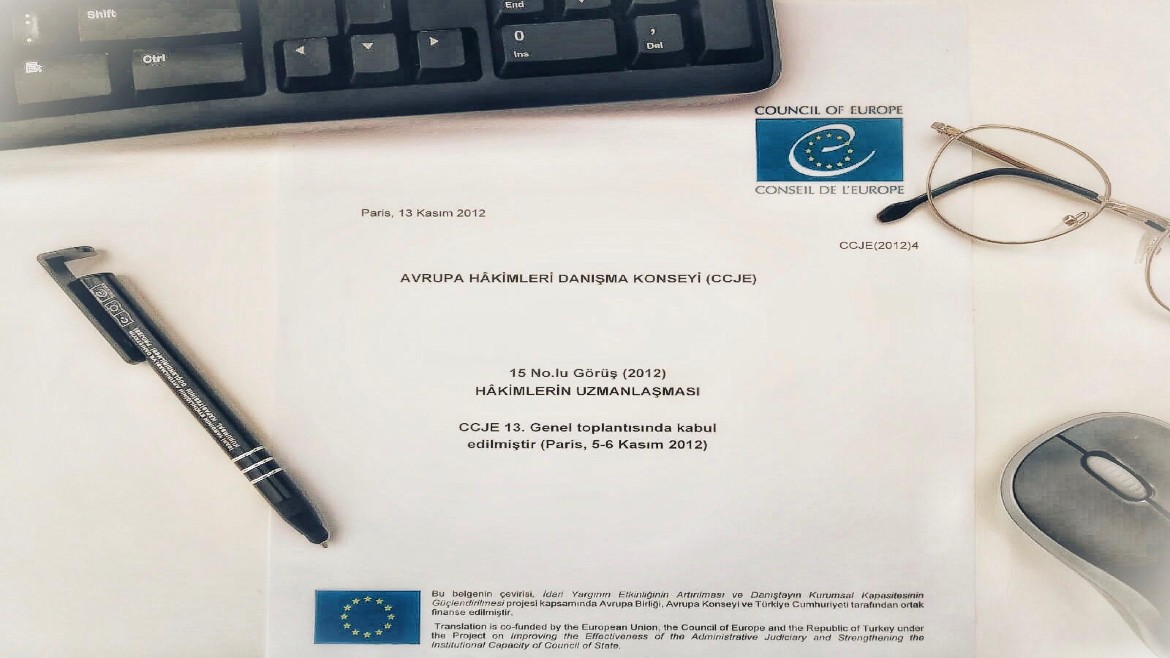 Consultative Council of European Judges (CCJE)* Opinion (2012) No.15 on the Specialisation of Judges has been translated into Turkish by the Project on Improving the Effectiveness of the Administrative Judiciary and Strengthening the Institutional Capacity of the Council of State. It has been published on the following links.

The CCJE Opinion No. 15 which was adopted in November 2012, focused on the specialised courts and judges dealing with limited areas of the law or who deals with cases concerning particular factual situations in specific areas. The purpose of the Opinion is to examine the main problems relating to specialisation, given the overriding need to secure the protection of fundamental rights and the quality of justice as well as the status of judges.This opinion was translated into Turkish as one of the selected Council of Europe Guidance materials, which was used in the preparation of the Initial Assessment Report within the scope of the Project.

(*) The Committee of Ministers of the Council of Europe set up the Consultative Council of European Judges (CCJE) in 2000. The CCJE has an advisory function on general questions relating to independence, impartiality and competence of judges. Although the opinions given by the CCJE take account of existing national situations, they mainly contain innovative proposals for improving the status of judges and the service provided to members of the public seeking justice.

The Joint Project on Improving the Effectiveness of the Administrative Judiciary and Strengthening the Institutional Capacity of the Council of State is co-funded by the European Union, the Council of Europe and Republic of Turkey, and implemented by the Council of Europe. The Turkish Ministry of Justice - Directorate General for Legal Affairs is the end beneficiary of the Project.