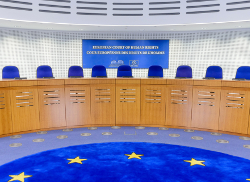 Harmonisation of national case law is an emerging issue which translates the pressing need to provide effective and qualitative justice in all European states. A coherent judicial action is necessary to ensure an effective application of the Council of Europe legal instruments at the national level. The uneven application of the legal requirements adversely affects their implementation, thus resulting in numerous complaints being brought to the European Court of Human Rights. The main bulk of problems do not arise from the quality of legal texts, being is rather attributed to disharmonised judicial practice. This diminishes legal certainty and the overall protection of human rights.

Member states’ judicial authorities have developed a wealth of different practices in response to that challenge. The Council of Europe through its Human Rights National Implementation Division is increasingly supporting such good practices and stimulates its member states to resolve problems which have been identified through the Court’s case law or otherwise. Some innovative mechanisms and tools have been tested to that effect by different member States: advisory opinions issued by high courts, special functions conferred to case law/human rights departments of higher courts, enhancing access to the case law through modern databases, creation of harmonisation panels, modern judicial training techniques on the European Convention on Human Rights and the Court’s case law, etc.