2014 edition of the Crystal Scales of justice

Since 2005, the Council of Europe and the European Commission are organising together a competition to discover and highlight innovative and efficient practices used in European courts for court organisation or for the conduct of judicial proceedings (for example, initiatives devised by a court president, a registry, a Bar) and deserving to be drawn to the attention of policy-makers and the judicial community so as to improve the functioning of the public justice system.

In the past, the Prize concerned either criminal (2009) or civil justice (2005, 2006 and 2008). For the first time in 2010, the "Crystal Scales of Justice" Prize covered at the same time the fields of criminal and civil justice. In 2012, for this 6th edition, the Prize again covered the civil justice field, and in particular innovative practices in the field of civil justice, aimed to improve efficiency and functioning of the judicial system, procedures and the courts' organisation. In 2013, the Crystal Scales of Justice has not been organised.

Since 2014, the Council of Europe is organising the Crystal Scales of Justice on its own. The deadline to submit the applications was the 15 June 2014. 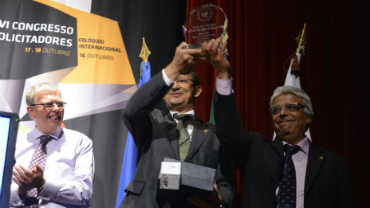 Aveiro (Portugal), 16.10.2014 - The General Council of Spanish Bars has just been awarded for an initiative concerning Online legal aid: Better solutions for people’s rights (in French and English) (Abogacía Española). The 2014 European Crystal Scales of Justice prize, organised by the Council of Europe, rewarding innovative judicial practices applied by European judicial institutions, has been awarded on 16 October 2014 in Aveiro (Portugal), on the occasion of the main event of the European Day of Justice, in presence of the State Secretary of Justice of Portugal, António Costa Moura, of the President of the CEPEJ, Mr John Stacey and of the representatives of the Council of Europe. This project creates a unique entry point, through an online request for judicial aid for the costs of justice and the designation of a lawyer. Three special mentions have been awarded by same virtue to three projects developped by the Estonian Ministry of Justice, the Family affairs courts and Bar of Berlin (Germany) and the Court of Appeal of Amsterdam (The Netherlands). 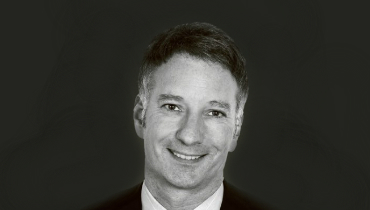 Marc de Werd Judge in the Amsterdam Court of Appeal

"The Amsterdam weblog has been mentioned as a best practice in the report that examines the quality and effectiveness of the different Dutch courts once every 5 years." (...)
"The Prize has been an incentive for a joint co-operation between the Amsterdam Court of Appeal, the Euiropean Law department of Maastricht University, the Dutch Supreme Court and members of the Dutch Bar, to enhance better knowledge and understanding of European law and human rights law. In order to co-ordinate this project, Maastricht University will appoint a law professor and a post-doc researcher." (...)
"We are very glad that our nomination for the Crystal Scales of Justice Prize had so much impact and positive effect." 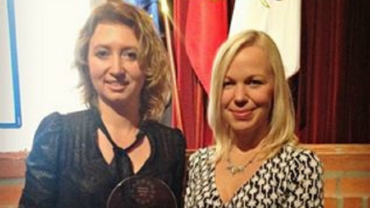 A central Database for Justice (E-File), Ministry of Justice

Estonia, (....) "All together, the initiative of Spain «Better Solution for People’s Rights» concerning online legal aid, which became the winner of the event, and initiatives of Germany and Holland provided great interest and useful information to the local society in the field of digitalized justice.

As far as no wide-range project in the area of family or European law have been started in Estonia, the results of Germany «Accelerated Familial Procedure» and Holland «European Courts Weblog and European Law Newsletters» could be easily taken as a good example and starting point." 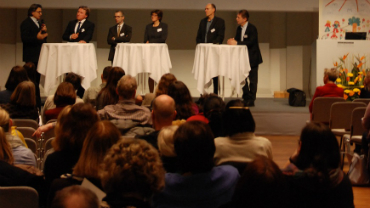 "The project itself was able to promote its scheme quite effectively by the appreciation it received on a European level." (...)
"In March 2015 representatives of the Berlin initiative are invited to an exchange between the Bars of Berlin and Paris, to introduce the project to French judges and family lawyers."