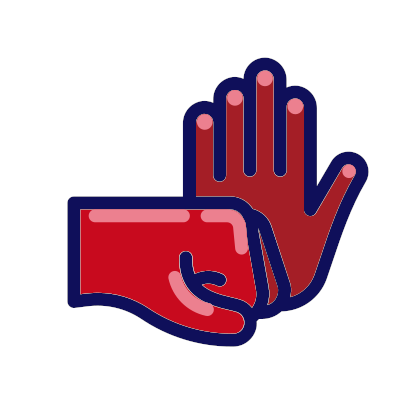 Bullying, cyber-bullying and violence in schools are human rights violations, which infringe on the rights of children and young people to live a life free from violence.

Schools can, and should, play a key role in tackling these abuses.

Whole-school anti-bullying programmes are needed, which promote peer support systems and involve active and well-trained teachers and parents, to foster a safe learning environment in which no violence is allowed.

Half of the world’s students aged 13-15 say they have experienced violence in and around school.[1]

Nearly one in three students of this age say they have experienced bullying or been involved in fights.[2]

More than 700 million children have no legal protection from corporal punishment at school.[3]

What is violence and bullying?

Violence is the threatened or actual use of physical force or power resulting in physical or psychological harm to others.

Bullying is a form of violence. It can be defined as unwanted, aggressive behaviour which involves a real or perceived imbalance of power. It is behaviour that is repeated, or carries the threat of being repeated over time.

Cyberbullying is a distinctive form of bullying. It differs from other types on account of the constant risk of public exposure, the complex roles of observers and the size of the audience that comes with digital technologies.[4].

Bullying is not the only form of student-on-student violence in schools, however. Fights between, and attacks on students associated with gang culture and the carrying of weapons, especially knives, are becoming an increasing problem in various countries.

Why is addressing violence and bullying important at school?

Under the U.N. Convention on the Rights of the Child, schools have a formal duty to protect children from all forms of violence, both physical and psychological.

“Parties shall take all appropriate legislative, administrative, social and educational measures to protect the child from all forms of physical or mental violence, injury or abuse, neglect or negligent treatment, maltreatment or exploitation, including sexual abuse, while in the care of parent(s), legal guardian(s) or any other person who has the care of the child.”[5]

Failure to protect children at school can have harmful repercussions on their future lives, both educationally and socially - whether they be victims, perpetrators or bystanders.

Students who are bullied are more likely to suffer from depression and anxiety, health issues, poor academic achievement and behaviour problems at school, including higher drop-out rates. A small number may also retaliate in violent ways. Students who bully others are more likely to exhibit other behaviour problems at school and to suffer from alcohol or drug abuse, and to engage in criminal activity and abusive relationships in adulthood. Children who witness bullying and violence are also more likely to have mental health difficulties and miss or drop out from school.

Violence and bullying not only affects academic learning, it also impacts negatively on the social development of young people. In particular, students who experience violence and bullying are more likely to have difficulty developing basic democratic competences, such as empathy, respect for others, openness to other cultures and beliefs, tolerance of ambiguity and self-efficacy – all of which lie at the heart of the Council of Europe Reference Framework of Competences for Democratic Culture.

The effects of violence and bullying are not limited only to the students directly involved, but potentially impact on everyone at a school. Unchecked, incidents of violence and bullying lead to an atmosphere of anxiety and insecurity incompatible with learning. They also lead to, or exacerbate conflicts beyond the school gates, which in turn have further consequences for relations within the school.

What are the challenges?

Violence and bullying can be challenging to deal with at school. What is regarded as bullying or violence is sometimes thought of as a matter of subjective opinion. It can be difficult to build a common approach to eradicating from school something which a significant proportion of staff believes not to exist or is not important to them.

The prevailing culture in a school can sometimes work against attempts to reduce violence in its different forms. Rule by fear, over-emphasis on punishment and the prioritization of learning environments which support competitive behaviour all militate against the prevention of violence and bullying. So, too, does the holding of an ideology which accepts violence as a valid response in situations of fear, stress or frustration – as evidenced in the advice commonly given to victims of bullying to fight back and give the bully a ‘taste of their own medicine.’

In such circumstances it can be easy to think that dealing with violence and bullying is simply a matter of stopping fights, giving punishments and imposing order, rather than questioning the wider culture of the school, the examples it sets and the sorts of behaviour it supports.

Many teachers are unaware of democratic approaches of dealing with violence and bullying, such as:

Such approaches are not only arguably more effective than punitive ones, but also have the advantage of promoting democratic values and attitudes more widely across a school.

Such approaches take time to learn, however, and require the development of specific types of skills, knowledge and attitudes. They also take time to put into practice. It can be difficult for a teacher to find the time and motivation to deal with violence and bullying in a democratic and constructive way. It is easier just to punish the supposed perpetrator, and easier still to pass the perpetrator up the school hierarchy for a more senior member of staff to punish.

A further challenge in recent years has been the rise of gang culture among young people and the carrying of weapons, especially knives, in as well as out of school. This has led to a rise in the number of serious acts of violence between students and also to the more regular involvement of the police in school affairs, both of which demand new professional skills and ways of working from teachers and school leaders.

How can schools get active?

Taking action on violence and bullying is not just a matter of finding better ways of responding to incidents after they have occurred – though this is important, but also of creating the kind of school environment in which violent incidents are less likely to happen in the first place.

A good place to start is with asking students to review the current situation in their school:

Surveying student opinion provides a good evidence base for targeting measures to prevent violence, e.g., increasing supervision in areas in school where students are fearful of going, creating more opportunities for constructive play during breaks from lessons, etc.

It can also stimulate a whole-school conversation about violence and bullying. Such a conversation is important for arriving at a whole-school policy that everyone can support. It is an opportunity to develop a common language and understanding of what constitutes violence and bullying in school and shared rules on how to approach it, including the reporting and monitoring of incidents. This is why it is essential that the voices of all school stakeholders are heard in the process of policy-development: principals, teachers, students, parents and the local community.

The conversation should also include the opportunity for teachers to reflect on practices that lead to frustration and low self-esteem among students, such as an over-emphasis on competition, over-frequent assessment and unreasonably high expectations of academic attainment. Attention should be given instead to creating a school environment which encourages inclusion and co-operation, and the valuing of individual differences and diversity.

Reflection on current practice goes hand in hand with the provision of opportunities for school staff to develop new skills. The ability to recognise violence in all its forms and to be able to deal with it appropriately are important professional skills for any adult involved in school life.

As young people themselves are often the most effective agents for change in a school, it is important they should be involved in formal initiatives to reduce violence and bullying, such as peer mediation schemes. Such schemes are most effective when taken seriously by both staff and the students involved, for example, by instituting formal recruitment procedures for student mediators and opportunities for high-level training from someone with the appropriate professional expertise.

Initiatives of this kind can be supported in the classroom by making time in the curriculum to talk with students about issues of violence and bullying. It should include discussions about the psychology of bullying, the effects of peer pressure and the influence of social media on young people’s behaviour.

[5] Convention on the Rights of the Child, Article 19

Resources on Preventing violence and bullying

Multicultural Societies, Pluricultural People and the Project of Intercultural Education (2009)

Students as suspects? - The challenges of counter-radicalisation policies in education in the Council of Europe member states (2018)

What is citizenship and human rights education? (2015) Leaflet

Developing a culture of co-operation when teaching and learning history. Training units for teachers (2016)

DOmino - A manual to use peer group education as a means to fight racism, xenophobia, anti-Semitism, and intolerance, 3rd edition (2005)

Multicultural Societies, Pluricultural People and the Project of Intercultural Education (2009)

Students as suspects? - The challenges of counter-radicalisation policies in education in the Council of Europe member states (2018)

The shoah on screen - Representing crimes against humanity (2006)

We can! Taking action against Hate Speech through Counter and Alternative Narratives (2017)

“Human Rights Education in the School Systems of Europe, Central Asia and North America: A Compendium of Good Practice”

Developing a culture of co-operation when teaching and learning history. Training units for teachers (2016)

DOmino - A manual to use peer group education as a means to fight racism, xenophobia, anti-Semitism, and intolerance, 3rd edition (2005)

Don't judge a book by its cover! The living Library Organiser's Guide (2011)

Education for the prevention of violence in schools, 2011/2012 (VIO) - Training units

Europe matters - A question of values (2016). A educational game about European values!

Teaching about the Holocaust in the 21st century (2001)

The shoah on screen - Representing crimes against humanity (2006)

Victims of Nazism - A mosaic of Fates. Pedagogical Factsheets for teachers (2015)

Violence reduction in schools - How to make a difference (2006)

We can! Taking action against Hate Speech through Counter and Alternative Narratives (2017)

What is citizenship and human rights education? (2015) Leaflet

“Human Rights Education in the School Systems of Europe, Central Asia and North America: A Compendium of Good Practice” 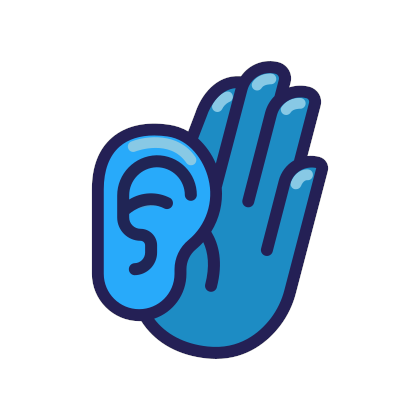 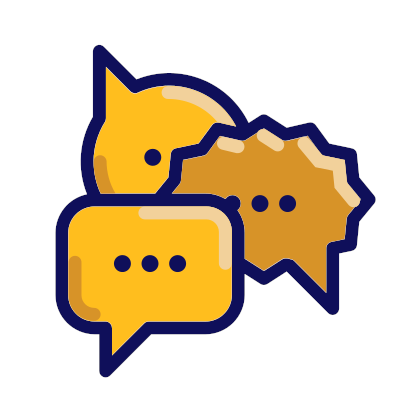 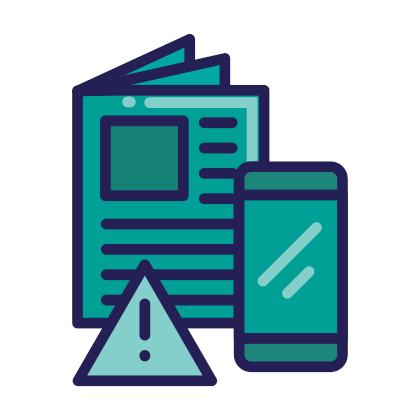 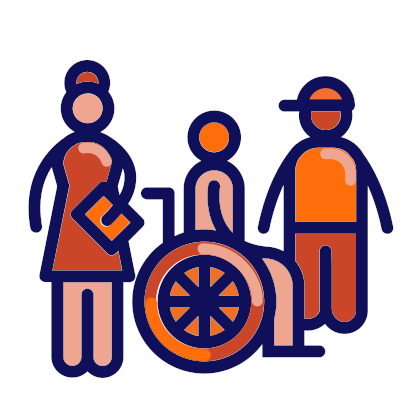 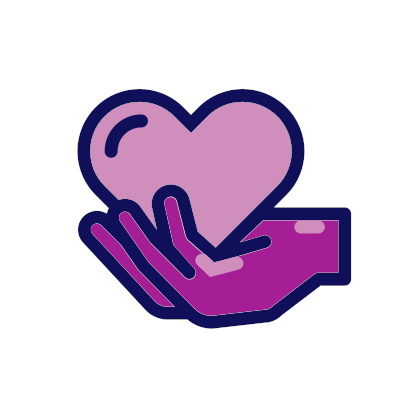