For a better media environment during elections in Georgia 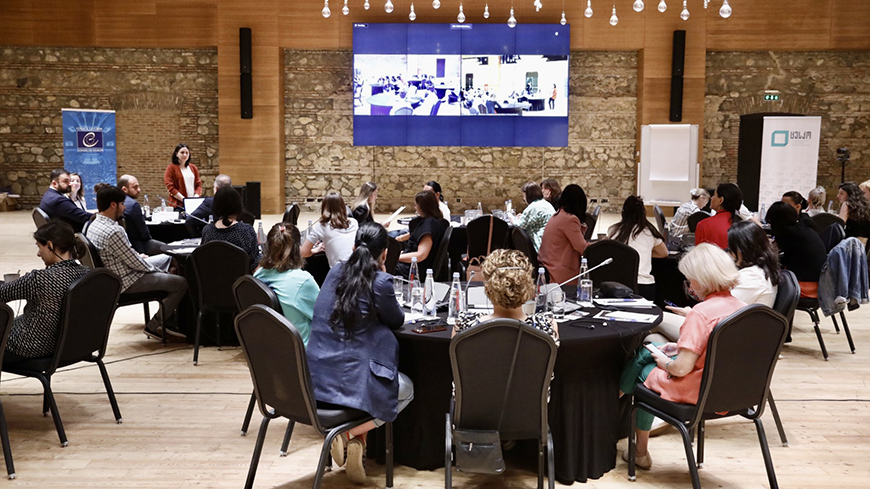 Head of the Council of Europe Office in Georgia, Natalia Voutova and the Chairperson of the Central Election Commission of Georgia, Giorgi Kalandarishvili, delivered opening remarks underlining importance of the role of media in electoral processes – necessity of promoting pluralism, diversity and informed choice of citizens.

The conference proved to be an effective dialogue platform for high-level election officials and journalists to discuss possible solutions and steps forward aimed at improving media environment and enhancing transparency and integrity of electoral processes.

The conference was organised within the framework of the Council of Europe Project ‘Supporting Transparency, Inclusiveness and Integrity of Electoral Practice and Process in Georgia’.