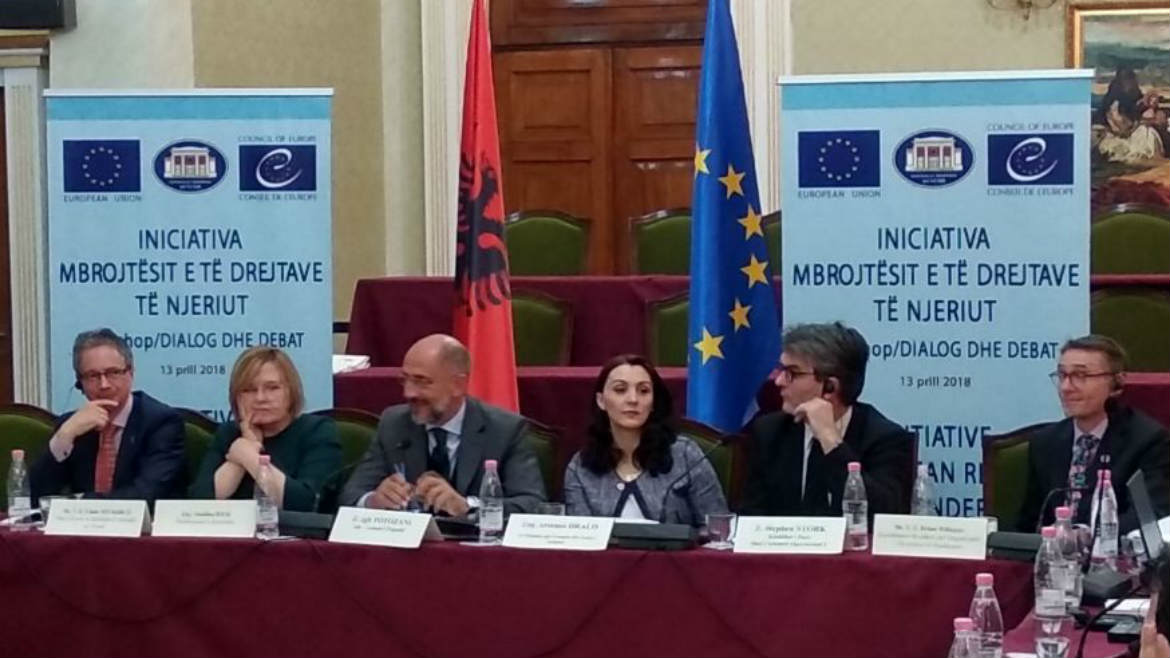 Over 60 senior representatives of the key Albanian state institutions, civil society, media, academia and international community exchanged on the legal and practical aspects pertaining to human rights defenders in Albania and how to foster their protection.

The event was addressed by Vasilika Hysi, Deputy Speaker of Parliament, Artemis Dralo, Deputy Minister for Foreign Affairs and Europe, Claus Neukirch, Head of the Council of Europe Office in Tirana, Brian Williams, UN Resident Coordinator, Erinda Ballanca, People’s Advocate and Steven Stork, First Counsellor at the European Union Delegation. All the above speakers highlighted the challenges faced worldwide by human rights defenders and pressed for the responsibility of the State to encourage and create favorable conditions for human rights defenders to participate in public life, dialogue with the authorities and co-operation with national and international stakeholders.

The event concluded that a follow up resolution in the light of the UN Declaration shall be prepared and submitted for approval in the Albanian Assembly.

The event took place in the frame of the European Union/Council of Europe project “Enhancing the effectiveness of the Albanian System of human rights protection and anti-discrimination”.