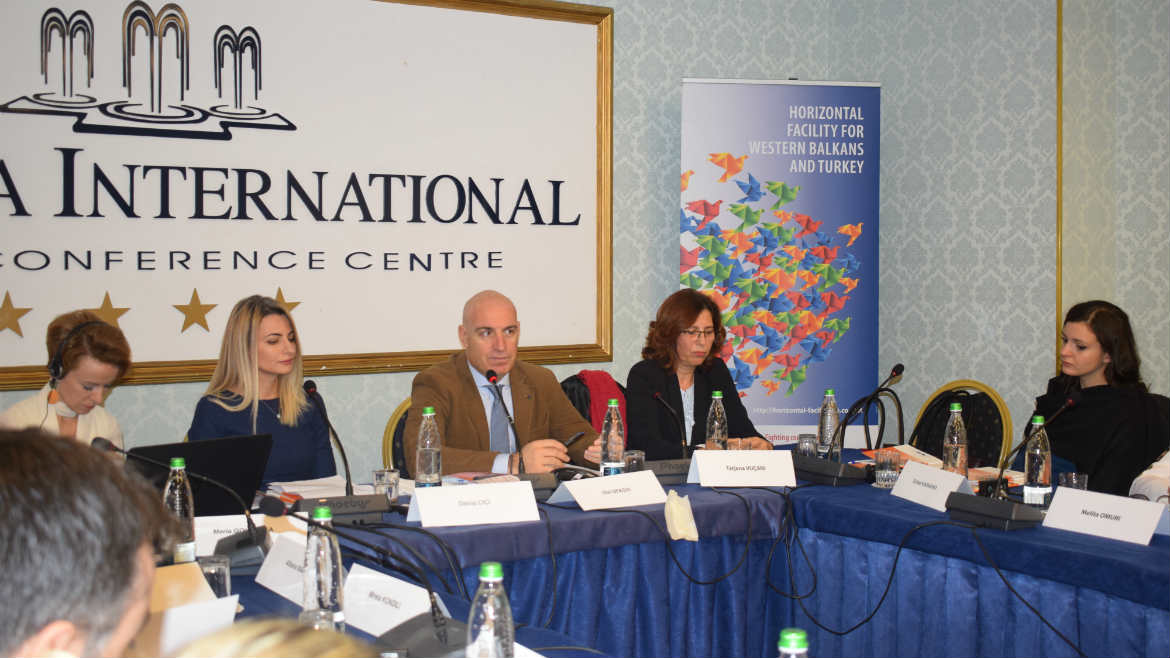 The Roadmap, considered as the most important output of the project is a policy document that has been prepared based on the practices and experiences of 21 pilot schools developed at the “grassroots level” and the European Union/Council of Europe standards that will be scaled up at the policy level in Albania.

The expert on pre-university education from the Ministry of Education, Sport and Youth, Tatjana Vuçani addressed the importance of this strategic document and confirmed the commitment to integrate its recommendations in the priority measures of the Ministry and in the New National Strategy on Pre-University Education.

The Head a.i. of the Council of Europe Office in Tirana, Olsi Dekovi, emphasized the successfully implementation of the project using the “bottom-up” approach and the importance of sustaining its results in the future.

The Project Officer of the action, Delina Cici, explained the entire process of policy development in 21 pilot schools from of school policies to the development of the national roadmap and the follow up plan.

At the end of this activity, the project delivered certificates of completion for 210 teachers trained under the module no. 20/2017 “Prevention and tackling bullying, violence and extremism in schools”, accredited by the Ministry of Education, Sports and Youth.

The European Union/Council of Europe joint action “Fighting Bullying and Extremism in the education system in Albania” is part of the programme entiteled "Horizontal Facility for the Western Balkans and Turkey".