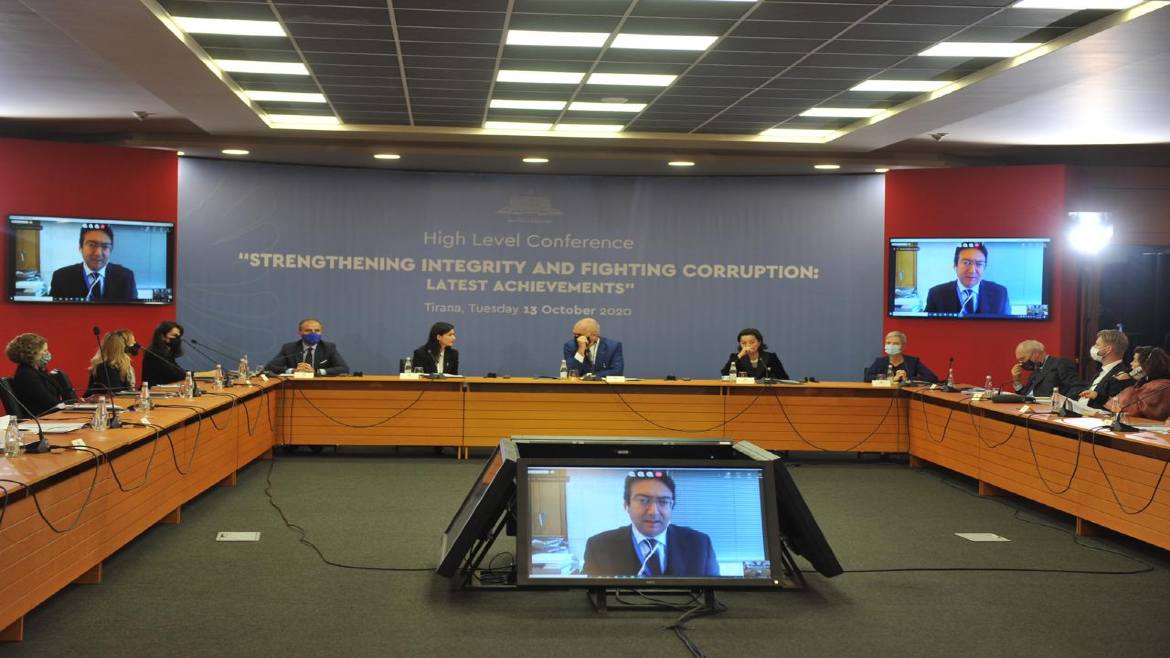 In a High-Level Conference “Strengthening integrity and fighting Corruption: Latest achievements”, which was attended by the international partners in the country, Minister of Justice Etilda Gjonaj presented the findings of the Group of States against Corruption (GRECO) report on the fight against corruption as pertaining to Albania. According to the report, Albania has implemented in a satisfactory manner 9 out of the 10 GRECO’s recommendations on corruption prevention in respect of MPs, judges and prosecutors.

Addressing the event, the Executive Secretary of GRECO, Mr Gianluca Esposito highlighted that, to a large extent, Albania has put in place the necessary measures to prevent corruption in the legislative and judiciary branches, even if in respect of the latter more progress is needed, while this framework needs to be effectively and continuously implemented in practice to make a meaningful difference.

He further confirmed the Council of Europe continuous support to Albania in the prevention and fight against corruption, stressing that the European Union and Council of Europe joint Action against Economic Crime in Albania has already enabled important results, such as (i) the changes of the Law on Political Parties and the Criminal Code that would strengthen the political funding oversight and accountability, (ii) the revision of the Albanian Law on Declaration and Audit of Assets and Financial Obligations of Elected Persons and Certain Public Officials, (iii) the legal set up of the Agency for the Administration of Seized and Confiscated Assets, (iv) the Amendments to the anti-money laundering and the counter terrorism financing legislation, and (v) the development of a beneficial ownership registry.