Countering Hate Speech and the role of youth: a public discussion in Vlora 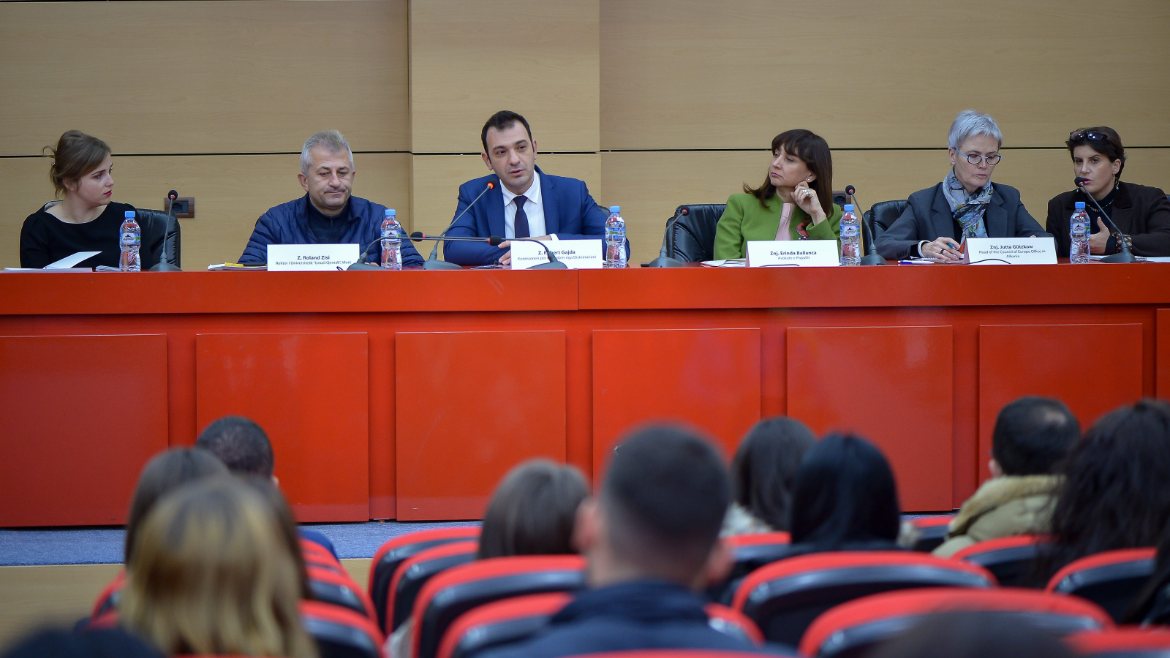 What are the various forms hate speech is taking? What are the causes and consequences of hate speech at the individual level but also in society? How can hate speech be regulated and what can be done to fight hate?

These were some of the topics that were publicly discussed with the students and young professionals in the University of Vlora in the framework of the “Anti-Discrimination Week” that is happening in the country upon initiative of the Commissioner for Protection from Discrimination and supported by the European Union and Council of Europe joint project “Promotion of Diversity and Equality in Albania”.

The Head of the Council of Europe Office in Tirana, Ms Jutta Gützkow, recalled with the participants the importance of the role of the Council of Europe in supporting reforms in various fields in the country, including with a focus on countering hate speech. Gützkow referred during her address to the articles of the European Convention of Human Rights: Article 10 on Freedom of Expression and Article 14 on Prohibition from Discrimination and to the recommendations of the European Commission against Racism and Intolerance (ECRI). "It is our firm belief that combating racism and intolerance can only be effective if the anti-racist pro-tolerance message filters down from the European level to the national level reaching all sectors of society. In this context, we consider that equality bodies have a pivotal role as a partner at the national level based on a common goal to ensure the full implementation of legislation and policies to combat the use of hate speech...”, stressed Gützkow.

The Commissioner for Protection from Discrimination, Mr Robert Gajda, and the People’s Advocate, Ms Erinda Ballanca, representing two key institutions in the protection and promotion of fundamental human rights, described the efforts made and the importance of countering hate speech for a tolerant and democratic society.

Another important initiative was highlighted during this event. The newly established “No Hate Alliance” between the People’s Advocate; the Commissioner for Protection from Discrimination; the Audio-visual Media Authority and the Albanian Media Council was presented to the audience, detailing its role and importance, especially in the protection and promotion of diversity and fight against hate speech in Albania.