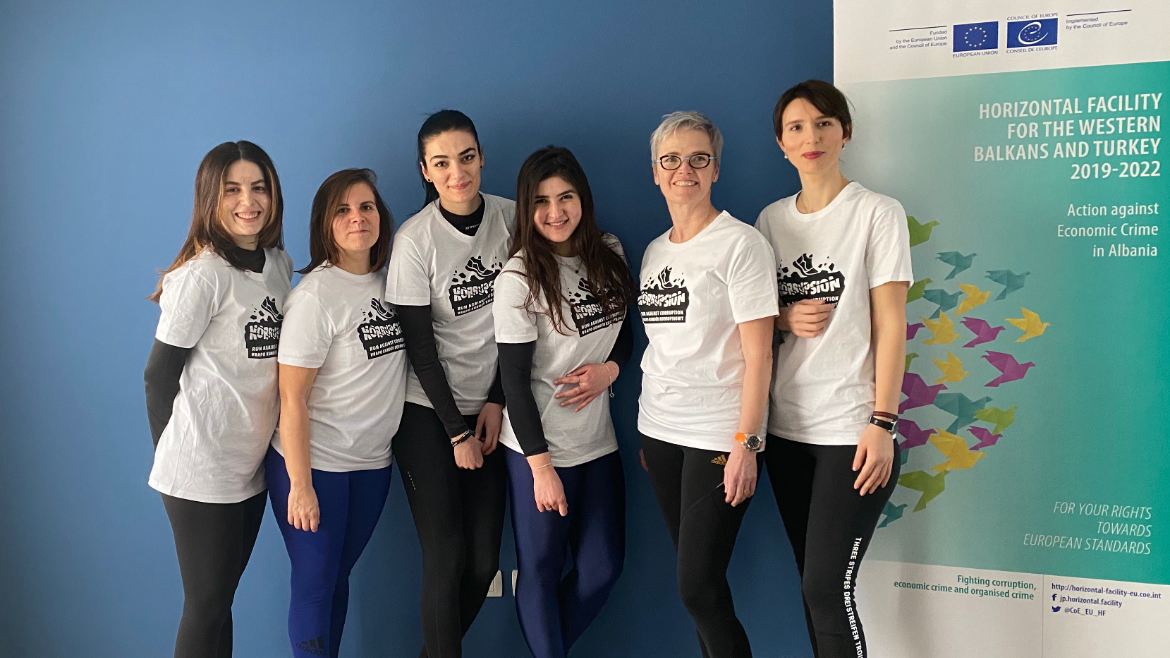 A Council of Europe team joined the second edition of the "Run against Corruption" in Tirana on 8 February, at the Lake Park. "We are committed to support Albania in further efforts in the fight against corruption."

The Run was organised by European Union Delegation in Albania and the Ministry of Justice, in the framework of the Week of Integrity (www.weekofintegrity.al).