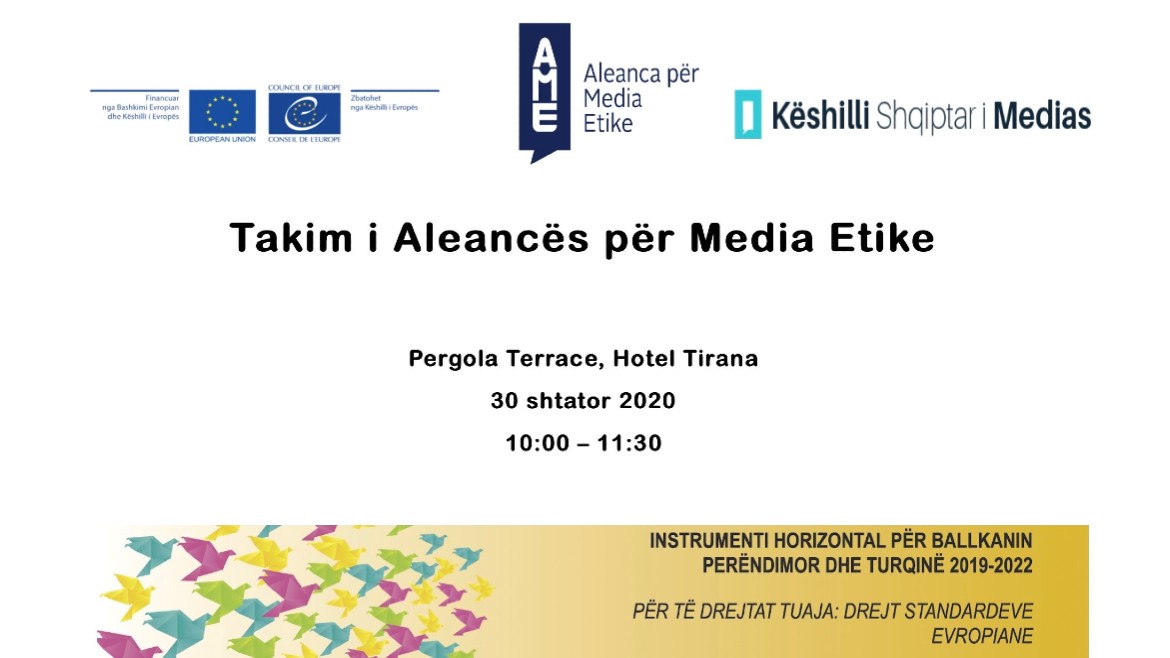 Furthering its commitment to improve media ethics environment in Albania, JUFREX 2, a joint CoE/EU Project on “Freedom of Expression and Freedom of the Media in Albania, supported the Alliance for Ethical Media in its decisive step to become a functioning mechanism for self-regulation. The Alliance was established in February 2020 with the purpose of actively engaging media, particularly online, to abide by the journalistic Code of Ethics.

Yesterday, 16 members of the Alliance met to discuss the path going forward. They elected the Board of Ethics, which is the body that will review complaints from the public regarding ethical violations of online media, and will provide the latter with recommendations. They also approved the logo of the Alliance, which will be used as the seal of media quality to be displayed on their websites. The media with the logo means that this is a responsible ethical media. The public will be availed of a form on the media sites to send a complaint to the Board of Ethics.

This activity organised with the support of the project "Freedom of Expression and Freedom of the Media in South-Eastern Europe (JUFREX)" an Action in the framework of the Joint Program of the European Union and the Council of Europe "Horizontal Instrument for the Western Balkans and Turkey II".