Achievements, challenges and priorities in improving the penitentiary system in Albania 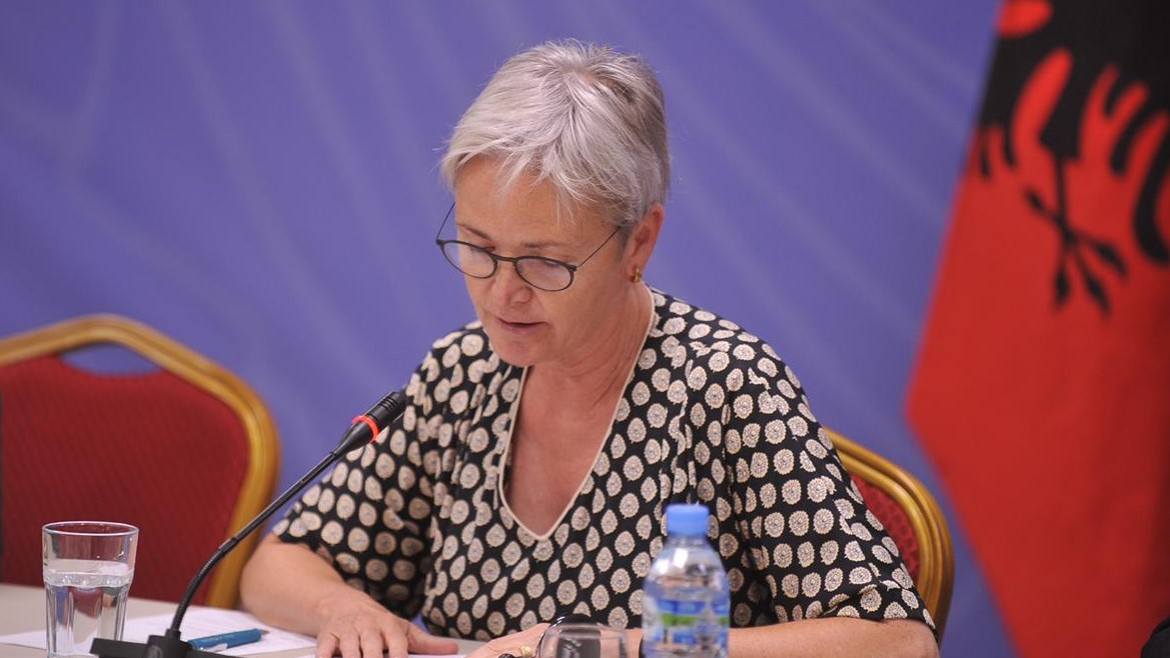 Jutta Gützkow, Head of Council of Europe Office in Tirana

In the framework of the penitentiary reform in Albania, the Ministry of Justice gathered in a high-level public event national and international partners that have provided a contribution in improving the penitentiary service in Albania. During the event achievements and future priorities were discussed.

The Minister of Justice, Etilda Gjonaj, welcomed the participants stating that “All of us together have undertaken the most complete reform which changed all laws of the penitentiary sector in an harmonised way. The Penitentiary Action Plan was drafted for the first time as a strategic guide for concrete interventions”.

The Head of the Council of Europe in Tirana, Jutta Gützkow, in her remarks emphasised that the action “Enhancing the protection of human rights of prisoners in Albania” part of the European Union and Council of Europe joint programme “Horizontal Facility for Western Balkans and Turkey 2019-2022” has aligned its objectives with the priorities of the Action Plan on the Development of the Prison System in Albania, with the aim of complementing authorities’ actions and moving forward in a common direction.

“In little more than two years, our cooperation with the Ministry of Justice and the General Directorate of Prison Administration has already achieved tangible results related particularly to the improvement of procedures and practices related to prisoner’s restrain in a hospital setting, raising in- house capacities of the Training Centre for prison staff, improving prisoner’s rehabilitation and reintegration prospects through individualised sentence plans and greater education and employment possibilities.The Covid-19 crisis has taught us great resilience and increased awareness that cooperation and multilateral action is more necessary than ever”, concluded Gützkow.

In his remarks, Director General of Prisons, Agim Ismaili, emphasized that “…the penitentiary system has had a change in mentality, it now views the penal sentence as an opportunity for prisoners reintegration back into society”.

The Council of Europe is working together with the Directorate General of Prison Administration (DGPA) and the Ministry of Justice of the Republic of Albania in improving the capacities of the prison system to deliver a professional service guaranteeing the protection of prisoners’ human rights.