The city is divided into 6 administrative districts, but most of the population is concentrated in the districts V and VI, which at the same time have the largest ethno-cultural diversity, as 55.5% of these districts’ population is of foreign origin. Diversity is also present among the Spanish nationals, while most are born in Catalonia (61.8%), many come from Andalusia (20.6%), Extremadura (5%), Castilla-La Mancha (3.5%), Castilla-León (2.7%) and Galicia (1.7%).

The population of foreign origin is comprised of more than 100 different nationalities. By geographical area, Latin-American nationals are amount to more than 30% of foreign population followed by Chinese (20%), North African (16%) and South Asian (13%) nationals. From Europe, 7% are nationals of other EU countries, while 4% are from third countries.

Since 1998, a permanent vocation led by the local government in order to carry out policies of social cohesion and coexistence using instruments such the ten-years old initiative “Red de Valores y Mensajes Positivos para la Convivencia” (Network of Positive Values and Messages for Coexistence” and the “Equipo de Mediación y Apoyo a las Comunidades de Propietarios/as” (Mediation and Support Team for Owner Communities).
Implemented in 2018

Narrative for the inteculturality (Actions for the coexistence) 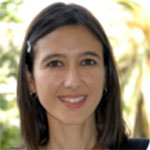