The district of Limassol has a population of 235,000 inhabitants. The city’s urban area composed of the 6 municipalities mentioned above is inhabited by 176,700 people. The majority group,Greek-Cypriots (the autochthonous people) make up 83% of the city’s population. Non-nationals make up 17% of Limassol total inhabitants. The most important minority groups come from: UK, Romania, Bulgaria, Greece, Russia, Philippines and Vietnam.

Multilingual initiatives improve the intercultural dialogue and the inclusive integration

Boosting the citizens’ social life with art and festivities

Diversity for business and business for diversity

Limassol’s Neighbourhood Councils develop a culture of openness and interculturality

Two years from February 2016 to January 2018 (with the possibility of renewal for an additional year).

Limassol: One city, the whole world 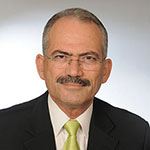