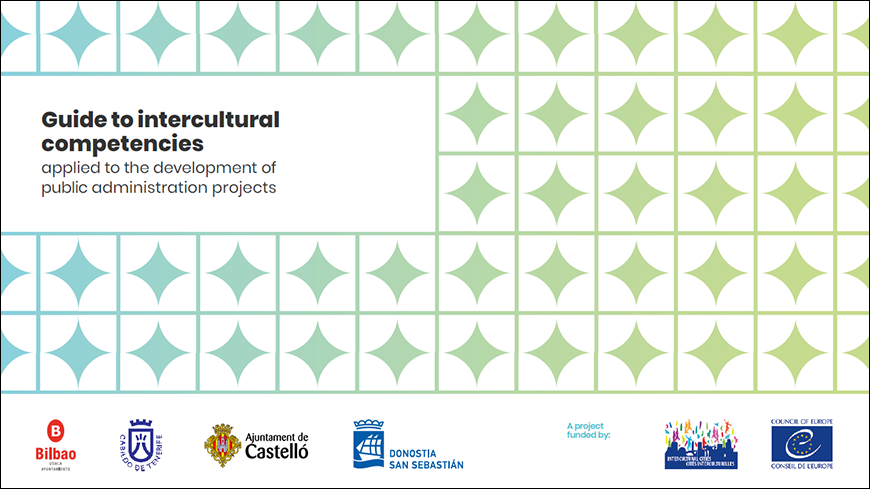 Awarded with one of the grants opened in 2020 by the Intercultural Cities programme, the municipalities of Bilbao, Castellò de la Plana, Donostia/San Sebastiàn, and the Island of Tenerife (Spain) successfully concluded a project on developing the intercultural skills of public administration staff as a key element for advancing further in the building of strong intercultural cities and territories.

In fact, an intercultural competent staff at the service of the public administration will favour better municipal services, increase users’ satisfaction and contribute to greater trust and sense of belonging.

The project emphasises on key elements for the promotion of interculturality through public procurement processes and public aid in general, especially those targeting social entities and other similar groups as beneficiaries.

The Guide collects a number of inspiring local experiences; it also stresses the crucial role that people with political responsibility shall play to promote a peaceful and productive intercultural coexistence. The commitment and involvement of policy makers in this endeavour can have a huge positive impact both within the public administration, and outside of it by encouraging the active support of media and other relevant actors in the socio-economic and cultural fields.

Although the project came to an end, it has further developed a 10-hour training module that will be tested in the four territories during the first semester of 2021.