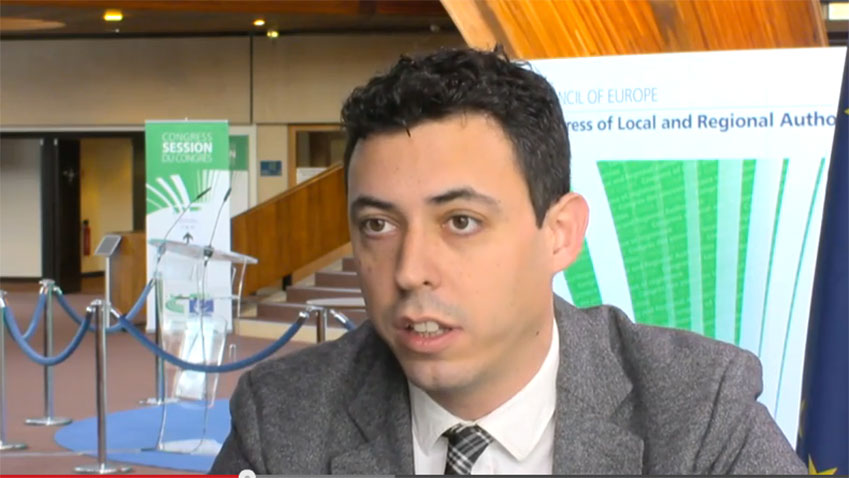 The Award "Diversity advantage challenge" was granted to the XEIX Project on fostering intercultural relations around local businesses (Spain) at a ceremony organised on 24  March, during the 28th session of the Congress of Local and Regional Authorities of Europe. The project aims to promote social cohesion through local retail (“0km” or next-door retail) organising retail merchants’ association into small cores of social and economic promotion.

“When people get together to do things together, they meet each other and then lot of myths fall,” said the winner, Joan Rodríguez.

The Diversity Advantage Challenge is a contest for the best real-life stories of the successful involvement of people of different cultural (ethnic, religious, linguistic) backgrounds in the design of innovative products, services, policies, projects and initiatives. The stories should illustrate how it is possible to harness cultural diversity to the benefit of businesses, organisations and communities.

The Council of Europe promotes an approach to fostering cohesion in increasingly diverse societies based on the concept of DIVERSITY ADVANTAGE. This term stands for recognising that, contrary to perceptions, diversity is not a threat but can bring competitive benefits for businesses, organisations and communities if managed with competence and in the spirit of respect and inclusion.

On 27 November, the Jury pre-selected 15 initiatives from the 63 applications received during its first deliberation. In January, during a second round of deliberations, the Jury has brought them down to 5 finalists. The final round involved an interview with the Jury which took place on 24 March in Strasbourg.

The jury of the Diversity Advantage Challenge was composed of: