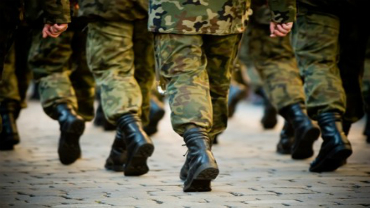 The Steering Committee for Human Rights (CDDH) has been entrusted by the Committee of Ministers of the Council of Europe with the task of conducting work on the protection and the promotion of human rights within the armed forces and, in this context, to consider, in particular, the issue of conscientious objection.

Following, in particular, texts adopted by the Parliamentary Assembly of the Council of Europe, the CDDH has elaborated Recommendation CM/Rec(2010)4 on human rights of members of armed forces.  It has been adopted by the Committee of Ministers on 24th February 2010.

At their 1147th meeting of July 2012, the Ministers’ Deputies instructed the CDDH to prepare a questionnaire on the implementation of its Recommendation CM/Rec(2010)4 on human rights of members of the armed forces and to transmit it to member states and to other relevant stakeholders. The CDDH collected the replies to the questionnaire until 15 December 2012. On the basis of the information below, the CDDH has finalised the report on the implementation of Recommendation CM/Rec(2010)4 at its 77th meeting from 19 to 22 March 2013 and has transmitted it to the Ministers’ Deputies according to their request.

"the former Yugoslav Republic of Macedonia"