EU accession to the ECHR 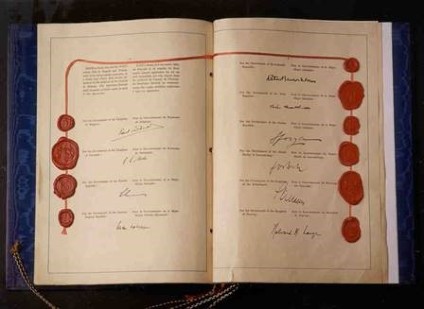 By a letter of 31 October 2019, co-signed by the President and the First Vice-President of the European Commission, the Secretary General of the Council of Europe was informed that the European Union stood ready to resume the negotiations on its accession to the European Convention on Human Rights. On 13 November 2019, the Secretary General informed the Ministers' Deputies of this communication and indicated that she would make proposals on the format in which these negotiations could be conducted, as well as on the financial implications of this work. At its 92nd meeting (26-29 November 2019), the Steering Committee for Human Rights (CDDH) proposed a series of arrangements for continuation of the negotiations within an ad hoc group composed of representatives of the 47 Member States of the Council of Europe and a representative of the European Union (“47+1”). Ms Tonje Meinich (Norway) was elected as the Chairperson of the ad hoc group.

On 15 January 2020, the Ministers' Deputies approved the continuation of the ad hoc terms of reference of the Steering Committee for Human Rights (CDDH) to finalise as a matter of priority, in co-operation with the representatives of the European Union, in an ad hoc group 47+1 and on the basis of the work already conducted, the legal instruments setting out the modalities of accession of the European Union to the European Convention on Human Rights (ETS No. 5), including its participation in the Convention system and, in this context, to examine any related issue.

On 22 June 2020, the CDDH ad hoc negotiation group (“47+1 Group”) on the accession of the European Union (EU) to the European Convention on Human Rights (ECHR) held a virtual informal meeting with remote simultaneous interpretation. The meeting was organised and chaired by Ms Tonje Meinich (Norway), Chair of the “47+1 Group”. Mr Christos Giakoumopoulos (Director General Human Rights and Rule of Law) and Ambassador Meglena Kuneva (Head of the European Union Delegation to the Council of Europe) made opening addresses at the meeting. The Group also heard a presentation by the European Commission of its position paper on the accession of the EU to the ECHR, and held a general round of statements, comments or questions by delegations. Negotiations will formally continue with the 6th negotiation meeting of the “47+1 Group” (scheduled from 29 September to 2 October 2020 in Strasbourg, France).

6th meeting, Save the date: 29 September - 2 October 2020, these date have been rescheduled and are subject to further confirmation regarding the evolution of COVID-19

Formal and informal talks on the ways to achieve the accession of the EU to the ECHR had taken place within both organisations in the late 1970s, before the issue was brought to the forefront once again with the adoption of the European Union Charter of Fundamental Rights (7 December 2000).

With the entry into force of the Lisbon Treaty (1 December 2009) and of Protocol 14 to the ECHR (1 June 2010), the accession has no longer been merely a wish, it has become a legal obligation. However, some adjustments to the ECHR system are necessary in order to have the 48th High Contracting Party, which is a non-state entity with a specific and complex legal system.

The EU accession to the ECHR is one of the highest priorities of the Council of Europe and it constitutes a historical step for several reasons:

- As a result of acceding to the ECHR, the EU will be integrated into the fundamental rights protection system of the ECHR. In addition to the internal protection of these rights by the EU law and the Court of Justice, the EU will be bound to respect the ECHR and will be placed under the external control of the European Court of Human Rights.

- The accession will also enhance the credibility of the EU in the eyes of third countries, which the EU regularly calls upon, in its bilateral relations, to respect the ECHR.

In 2001, the Working Group GT-DH-EU was instructed to carry out a study of the legal and technical issues that would have to be addressed by the Council of Europe in the event of possible accession by the EU to the ECHR, as well as of the means to avoid any contradiction between the legal system of the EU and that of the ECHR.

On 4 June 2010, the EU Ministers of Justice gave the European Commission the mandate to conduct negotiations on their behalf. On 26 May 2010, the Committee of Ministers of the Council of Europe gave an ad-hoc mandate to its Steering Committee for Human Rights (CDDH) to elaborate, in co-operation with the European Commission, the necessary legal instrument for the accession. The CDDH entrusted the informal working group CDDH-UE with this task. It was composed of 14 experts from the Council of Europe member states (7 from EU member states and 7 from non-EU member states). The group held 8 meetings between July 2010 and June 2011.

On 14 October 2011, the CDDH transmitted a report to the Committee of Ministers on the work done by the CDDH-UE, and the draft legal instrument in appendix. Given the political implications and some of the issues that were raised, on 13 June 2012, the Committee of Ministers instructed the CDDH to pursue negotiations with the EU within the ad hoc group “47+1” and to finalise the legal instrument dealing with the accession modalities. The ad hoc group held 5 meetings in Strasbourg. The last meeting was held on 2-5 April 2013.