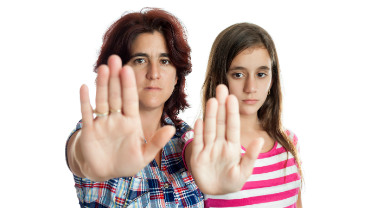 The Steering Committee for Human Rights (CDDH) was entrusted by the Committee of Ministers to undertake work to combat and prevent Female Genital Mutilation and Forced Marriage, which are serious violations of human rights.

To this end, it was called on to conduct an analysis of the legal situation  at international level and in the Council of Europe member States and to prepare a guide to good national practices aimed at combating and preventing these human rights violations.

The aim of this work is to provide support for States to:

This activity has further resulted in the adoption of a Declaration of the Committee of Ministers.
This work was completed by 31 December 2017.

At the Council of Europe level, the activity was carried out in co-ordination and co-operation with other relevant bodies involved in this field, in particular:

Members of the Drafting Group also attended and presented the work at a number of international Conferences such as the BanFGM Conference on the global ban on female genital mutilation (Rome, Jan 30 – Feb 1 2017) organised by No Peace without Justice and the Inter-African Committee on Traditional Practices Affecting the Health of Women and Children, and the European Forum to Build Bridges on FGM (Brussels, November 28) organised by the EndFGM European Network.