Implementation of the Brighton Declaration 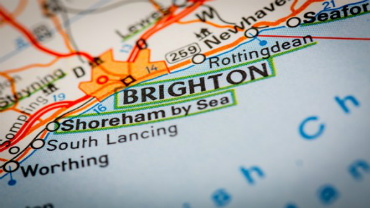 Under its terms of reference for the 2016-2017 biennium, the Committee of experts on the system of the European Convention on Human Rights (DH-SYSC) was tasked with preparing a draft report for the Committee of Ministers containing:

(b) possible recommendations for follow-up.

The report elaborated by the DH-SYSC addresses paragraphs 9. a), 9. b), 9. c) i., 9. c) iii., 9. c) iv., 9. c) vii., 9. d) i., 9. d) ii., 9. d) iii. and 9. e). of the Brighton Declaration. Other questions raised in the national reports will hence be examined by the DH-SYSC in the course of the 2016-2017 biennium (namely Recommendation (2004)4 on the European Convention on Human Rights in university education and professional training; Recommendation (2004)5 on the verification of the compatibility of draft laws, existing laws and administrative practice with the standards laid down in the European Convention on Human Rights; Recommendation (2008)2 on efficient domestic capacity for rapid execution of judgments of the European Court of Human Rights; Recommendation (2010)3 on effective remedies for excessive length of proceedings; and the question of the procedures for selecting and electing the judges of the Court).

The draft report was examined and adopted by the DH-SYSC at its 1st meeting (25-27 April 2016), and subsequently transmitted to the CDDH for its examination and adoption at its 85th meeting (15-17 June 2016), with a view to its transmission to the Committee of Ministers by 30 June 2016.