The Deputies notably “instructed the CDDH to carry out a detailed analysis of all questions relating to the place of the Convention in the European and international legal order and on the medium-term and longer-term prospects, in the light of the relevant paragraphs of the report (conclusion § 203 iii).”

The preparatory work was entrusted to the Drafting Group II on the follow-up to the CDDH report on the longer-term future of the system of the Convention (DH-SYSC-II). It will meet in 2017. 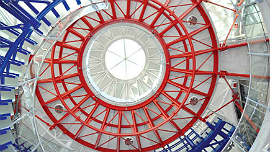 Chair of the CDDH