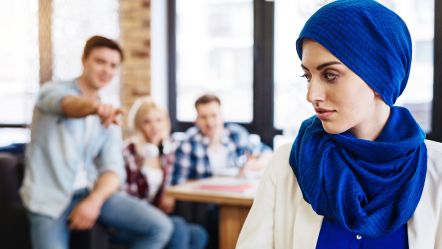 Discrimination is one of the most common human rights violations and is prohibited under human rights law. The principles of equality in rights and dignity, and freedom from discrimination were outlined in the first two articles of the Universal Declaration on Human Rights:

Protection against discrimination in Europe can be found both within European Union law and within the Council of Europe treaty system, notably in the work of the European Court of Human Rights54.

Article 14 of the European Convention on Human Rights and Fundamental Freedoms states that the rights and freedoms set out in the Convention should be secured 'without discrimination on any ground such as sex, race, colour, language, religion, political or other opinion, national or social origin, association with a national minority, property, birth or other status.' Protocol 12 to the Convention (2005) expanded the scope of the prohibition on discrimination, to cover all rights guaranteed at national level, regardless of whether or not they are rights within the Convention.

For countries in the European Union, the Charter of Fundamental Rights prohibits discrimination (Article 21) and is legally binding for all EU member states. EU institutions are legally bound to observe the Charter of Fundamental Rights of the European Union, including the provisions on non-discrimination. EU Member States must observe the Charter in relation to EU laws. In addition to the Charter, two EU Directives – the Employment Equality Directive and the Racial Equality Directive - prohibit discrimination in certain contexts, such as employment. It is complemented by a communication in 2009 stepping up the efforts of the EU to fight discrimination.

Discrimination occurs when a person is treated less favourably than other people in a comparable situation, only because they belong to or are perceived to belong to a particular group, and where such treatment cannot be objectively and reasonably justified.

Several types of discrimination can be identified 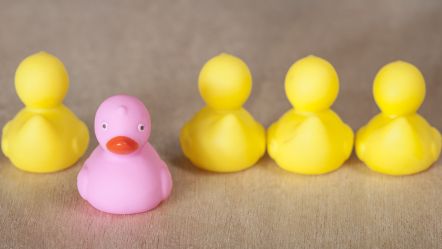 People might be discriminated against because of one or more characteristics that are part of, or are perceived as part of their identity. People have multiple layers to their identity and may define themselves, or be defined by others, according to various criteria, including gender, sex, sexual orientation, nationality, ethnicity, social status, disability, religion and so on.

In 1995, the World Conference for Women, held in Beijing, drew attention to the fact that age, disability, social and economic status, ethnicity and race can create particular barriers for women. This led to the development of a framework for recognising multiple and coexisting forms of discrimination, which became part of the Beijing Platform for Action55.

In her study on intersectionality in the European Union, Sandra Fredman proposes three main ways in which discrimination on more grounds than one can be conceptualised

Additive multiple discrimination – when a person suffers discrimination on the same occasion but on two grounds, for example a gay woman is harassed because she is woman and gay. This type of discrimination is additive, because each of the grounds can be identified independently.

Intersectional discrimination – happens when two or multiple grounds operate simultaneously and interact in an inseparable manner, producing distinct and specific forms of discrimination.

For example, a young Roma woman is discriminated in the labour market because she is Roma and is perceived to be ‘dangerous’, because she is a woman, and is therefore ‘bound to have children soon’, and because she is young and therefore unexperienced. In particular circumstances, the combination of these factors creates a negative synergy, so that the discrimination cannot be fully understood as the addition of criteria alone. In being considered unexperienced and incompetent, the woman shares certain experiences of discrimination with young people; in being assumed to fit into a traditional role, she shares experiences with other women; and in being perceived as dangerous, she shares experiences with all Roma, including men. However, it is the particular intersection of all these factors that makes her case individual56.

Multiple discrimination, including intersectional discrimination, are relatively recent concepts, which although now widely accepted, have not yet been fully reflected within the law and legal practice. Anti-discrimination law and its associated practice has traditionally taken a single-axis perspective, identifying and addressing single grounds in cases of discrimination.

Studies have shown an absence of data and legal mechanisms capable of dealing with intersectional discrimination at European level. Research into certain areas, for example women from disadvantaged communities, has produced some evidence that intersectional experiences of discrimination exist, and that policy and practice need to address all dimensions.

Intersectional lenses can be very effective in dealing with gender-based violence, both in understanding the pervasiveness of the phenomenon, and in informing measures to address it. The personal and social resources used to cope with gender-based violence by survivors are influenced not only by gender, but also by the way that gender interacts with other aspects of identity and social position, such as ethnicity or disability or class. An intersectional approach to working with people who have experienced gender-based violence can provide for a more nuanced approach, by taking into account multiple forms of oppression and structural violence. Different forms of oppression accumulate over time and shape the sense of power, resilience and well-being of survivors, as well as affecting their capacity to deal with the trauma.

An intersectional approach can also better inform strategies for the prevention of gender-based violence by looking at the myriad of factors that lead to certain groups becoming more vulnerable and which limit their access to services and support. 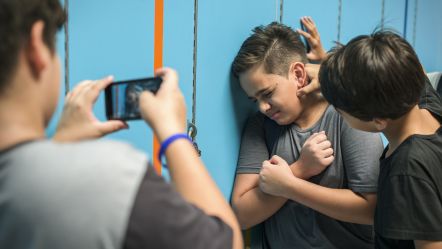 An intersectional approach is also useful when understanding the causes of gender-based violence in relation to men, and in recognising that there are more ways of ‘being a man’ than traditional notions of masculinity allow - and that these should be acknowledged. You can read more about this in the sub-chapter on masculinities.

An intersectional approach to discrimination

Since the emergence of the term in 1989, intersectionality has been engaged in three main ways: 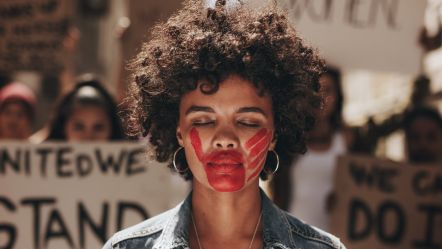 An intersectional analysis can be a useful tool for challenging the way that discrimination is perceived by society and at a legal level. It is primarily an analysis of the structures of power operating in context specific situations, and serves the purpose of making visible experiences of discrimination that would otherwise be lost within a single grounds analysis. An intersectional analysis can help to make the experiences of Muslim LGBT+ visible and the particular vulnerabilities they may face as Muslims exposed to islamophobia, as women exposed to sexism, as LGBT+ exposed to homo or transphobia.

What intersectional studies have revealed is that:

Substantive equality is understood as furthering equality of opportunity through four main functions:

The functions of substantive equality can also support measures in the field of youth work and youth policy, which is traditionally concerned with the recognition and participation of young people in society. 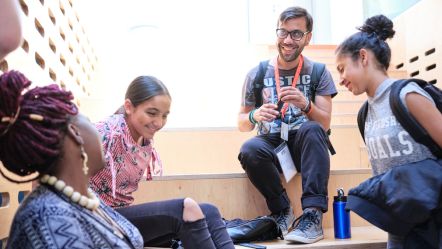 Discrimination on the grounds of age is a commonly acknowledged problem and a recurring factor in cases of gender-based discrimination and violence. Youth policies need to be analysed from an intersectional point of view, to see if they acknowledge those young people who may be particularly vulnerable both in their communities, and in youth policy generally. Giving such young people a voice and including them in the development of youth policy and in decision-making processes helps to respond to their need for participation and a voice, while also recognising the aggravated form of discrimination they are subjected to.

Youth work interventions which champion a human rights approach can also help to support and empower young people to learn about and act to defend their human rights.

Recommendation CM/Rec(2016)7 of the Committee of Ministers to member states, on Research on Young People’s Access to Rights, calls on the member states of the Council of Europe to address the discriminatory practices faced by young people, on the grounds laid out in Article 14 of the European Convention on Human Rights or in any other form identified in case law of the European Court of Human Rights, with special attention to multifaceted identities and intersectionality of discrimination.